These TED Talks for kids aren’t exactly aimed at kids, but they 100% inspire kids. TED Talks for kids make kids feel the same way they make an adult feel: inspired, thoughtful, different. I listen to a lot of TED Talks (and the podcast TED Radio Hour is my favourite, plus TED Talks Daily is also good), and I like noting down the ones I want my kids to listen to. Here is that list.

1. If I should have a daughter

“Because there’s nothing more beautiful than the way the ocean refuses to stop kissing the shoreline,no matter how many times it’s sent away.”

Spoken poet Sarah Kaye brought the house down in her 2011 TED Talk and it is one of the most watched talks on TED to this day. She talks about what it is to feel all the heartache and pain and joy and elation in the world. To not be so focused on preserving yourself or being cool that you miss the important things.

2. Inside the mind of a master procrastinator

Not only is Tim Urban hilarious, he’s also very insightful and quite possibly life-changing. This is a good talk for kids who need a little push to get going. As Tim puts it, “We need to think about what we’re really procrastinating on, because everyone is procrastinating on something in life.”

“I’ve started an app club at school, and a teacher at my school is kindly sponsoring my app club.”

When an extremely confident 12-year-old kid began with, “I’ve always had a fascination for computers and technology” I braced myself. I instantly thought that Thomas was one of those kids who are so unbelievably precocious as to not be kids at all. But when he went on to talk about the first app he developed, a whack-a-mole style game which he called Bustin Jieber, I knew he was alright by me. The thing is, Thomas is so much more than just an app developer. He’s the clever kid who wants to teach other kids how to be clever too.

“My contention is, all kids have tremendous talents. And we squander them, pretty ruthlessly.”

Dr Robinson makes a compelling (and very humorous) case for changing the way we do things at school. Kids will get a lot of the humour and find this talk as interesting as adults do – this is one of TED’s most watched talks of all times. This is a perfect one for opening up some big discussions about education, school life and creativity.

5. Why I live in mortal dread of public speaking

“Singing for me is sweet relief. It is the only time when I feel fluent.”

The Aussie girl with the beautiful voice had a secret. She sings with a fluidity that reachs deep into the soul, but she stutters when she speaks. She stutters quite a lot. This is a beautiful talk about overcoming our great fears. Finding work-arounds for our hurdles and being open about our flaws.

6. The danger of silence

Mr Smith is the kind of teacher we’d all love our kids to have. He is preoccupied with teaching his students to speak out. His class works together to recognise silences and to “fill those spaces, to recognize them, to name them, to understand that they don’t have to be sources of shame.” He bases his lessons around four core principles:  read critically, write consciously, speak clearly, tell your truth.

7. Want to be an activist? Start with your toys

“You can use that spark that you have within you and turn it into a fire.“

When she was 12, McKenna Pope rallied Hasbro to change the colours and marketing on its Easy Bake Oven. Her little brother wanted to bake, but he was convinced that only girls were supposed to like the toy. So McKenna started a petition and became an activist who realised that she really could make a difference.

8. The best kindergarten you’ll ever see

“When you put many children in a quiet box, some of them get really nervous. But in this kindergarten, there is no reason they get nervous.”

The moment you are introduced to the trees that have nets to catch kids who deliberately fall, you can’t help but want to go to this preschool in Japan. Kids and teens will be fascinated by the innovation involved in producing a place for kids to simply be kids. Their brains will be whizzing with ideas of their own and you might like to challenge them to come up with five extra exciting things that this wonderful preschool could be renovated to include.

Reshma teaches coding to girls in an effort to help them throw away their quest for perfectionism and instead learn to take risks and make mistakes. She wants to fight the stereotypes that leave girls feeling like they have to be perfect in order to be good. This is an interesting challenge to both girls and boys to learn to let go of the fear of being wrong and instead learn to be brave.

10. To This Day… to the bullied and the beautiful

“They asked me what I wanted to be,then told me what not to be.”

What it is to be a kid when you have to choose what to be when you don’t yet know who you are. Shane is a spoken poet who is witty and thoughtful and he talks about bullying in a way that grabs you by the heart. A talk full of comfort for any kid who’s ever been bullied, or thought about bullying someone else. Language warning (but only a little).

11. Science is for everyone, kids included

“Perception is grounded in our experience… we only ever see what was useful to see in the past.”

Beau wants us to change the way we look at things and he argues that the best way to do that is through science. Ask the right questions, the ones that create the most uncertainty. It is through uncertainty that we play, that we adapt to change and we see that science is a way of being.  Amy is 12 and she was one of 25 kids who co-published a peer-reviewed science paper on bees. That makes Amy one of the youngest published scientists in the world.

“Success is in the doing.”

Tully is the founder of Tinkering School. It’s a six-day camp to teach kids how to make things through figuring things out on their own. His talk reminds our kids of the fundamental importance of having a go, experimenting, just fooling around. A small warning: the talk culminates in a short video of a roller coaster built by seven-year-olds. You can bet if your kids watch this TED Talk they will want to build a roller coaster too…

13. The power of introverts

“The more freedom that we give introverts to be themselves, the more likely that they are to come up with their own unique solutions to these problems.”

An engaging account of what it’s like to be an introvert in an extroverted world. The world has been overtaken by the need to be social and outgoing, but Susan Cain, founder of Quiet Revolution, believes that introversion will soon be celebrated in our culture once more. This entertaining talk is a must-watch for quieter kids or any kid that feels different. It will bring so much comfort to know that they are actually fine, just the way they are. Susan ends her talk by saying, “So I wish you the best of all possible journeys and the courage to speak softly.”

“Today we’ve only explored about 3 percent of what’s out there in the ocean.”

I watched this talk with my mouth hanging open. Gallo opens up the hidden water of deep, deep in the ocean and it’s incredible. There’s more life under the water than is inside a tropical rainforest – the highest mountains, the deepest gullies. And, it would appear, things way weirder than you would ever find amongst the human race. Kids will be utterly mesmerised by Gallo’s presentation. Be prepared to be slammed with interesting trivia for weeks to come.

“If your life were a book and you were the author, how would you want your story to go?”

At 19, Amy lost her spleen, kidneys, hearing in her left ear and both of her legs below the knee. to bacterial meningitis. She overcame this tragedy through optimism, courage and the power of believing that if you rely on your imagination and believe in possibilities, you can be anything you want to be. Today Amy is a professional snowboarder, exactly the same job she dreamed of having before she lost her legs. Such a powerful message to share with our kids.

16. Grit: The power and passion of perseverance

“Grit is living life like it’s a marathon, not a sprint.”

A reminder that it isn’t IQ that determines success in life, it’s grit. Angela defines grit as “passion and perseverance for very long-term goals.” This is a really inspiring talk because it reminds kids that success doesn’t happen to you (and by ‘success’ I mean achievement in something a kid feels is worthwhile). It’s something you can consistently work towards.

What’s your favourite TED Talk? What about TED Talks for kids? Drop a link in the comments please! 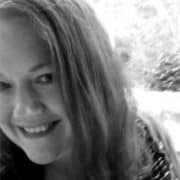 Bron is the founder of Mumlyfe and is so happy to welcome you here.

Bron has been writing in the Australian parenting space as Maxabella for more than seven years and is mum to three mostly happy kids and wife to one mostly happy husband. Mostly happy is a win, right?