Have you been watching Eddie Woo on Teenage Boss on the ABC? It’s a top show to watch with the kids. Eddie challenges teens to take charge of the family finances for a month and that starts out about as hilariously as you’d expect. The kids all come good, though, which got me thinking about how successful Eddie is at getting kids engaged in numbers. If your own teen hates maths, Eddie’s Wootube channel is a really good place to send them.

Watching Eddie at work on Teenage Boss is an exercise in meeting kids where they’re at. My own teen hates maths, and I’ve never once thought to use the family finances to help spark his interest in it. Not to mention the fact that he’ll be running his own finances in the not-to-distant future. Not sure what he’ll make of that, to be honest.

“Financial literacy is massively important for us when we move out and have to start paying the bills,” Eddie tells Mumlyfe. “But we often develop bad money habits because we haven’t had the opportunity to learn good practices and values when we were younger… . It’s a fantastic opportunity for kids to see the practical side of mathematics, too.”

Try some of these: Readers tell us their best money saving tips for families

I was lucky to interview Eddie and ask him all about why some kids switch off from maths, how to switch them back on and what to do if you teen hates maths. His insights are amazing and make it really clear why he is so successful in engaging kids in maths more difficult concepts. Kids across Australia (and the world) are lucky to have him as one of their maths teachers.

Why do some kids switch off from maths?

“Many kids often learn maths as a very abstract subject that is separated from the real-world contexts which make it interesting. If kids are bored with a subject, they won’t spend time on it; since maths is a practical subject, that time to wrestle with problems and practice core skills is essential to develop understanding.”

Once a student gets to a point where they don’t understand what’s being explained in class, they automatically tune out and become even more bored – so there can be a vicious cycle!

Eddie also has a really interesting way to looking at maths that I’ve never considered before. He says that maths is like “a series of films or novels with many interwoven characters and plot lines.” When you’re reading the story, if you skip bits, you lose the whole point of what’s going on and you’re unlikely to keep on reading.

“This is part of what makes beautiful and satisfying to learn,” explains Eddie. “But it can also be intensely confusing if you miss one concept that connects to other key ideas.”

The myth of the ‘maths brain’

I’m a maths hater from way back, but Eddie is starting to turn me around! He doesn’t even believe in having a “maths brain”. Which is a concept I’ve used as an excuse for about 35 years – have you?

“Definitely not! This is one of the most common misconceptions people have,” Eddie shoots us all down. “When people find maths challenging, they think it’s not for them.

On the contrary, research evidence is very clear that given appropriate support and guidance, all people can learn mathematics.

“It would be a sad mistake to give up on reading because we need a little more time to develop that skill, and the same is true of mathematics.” 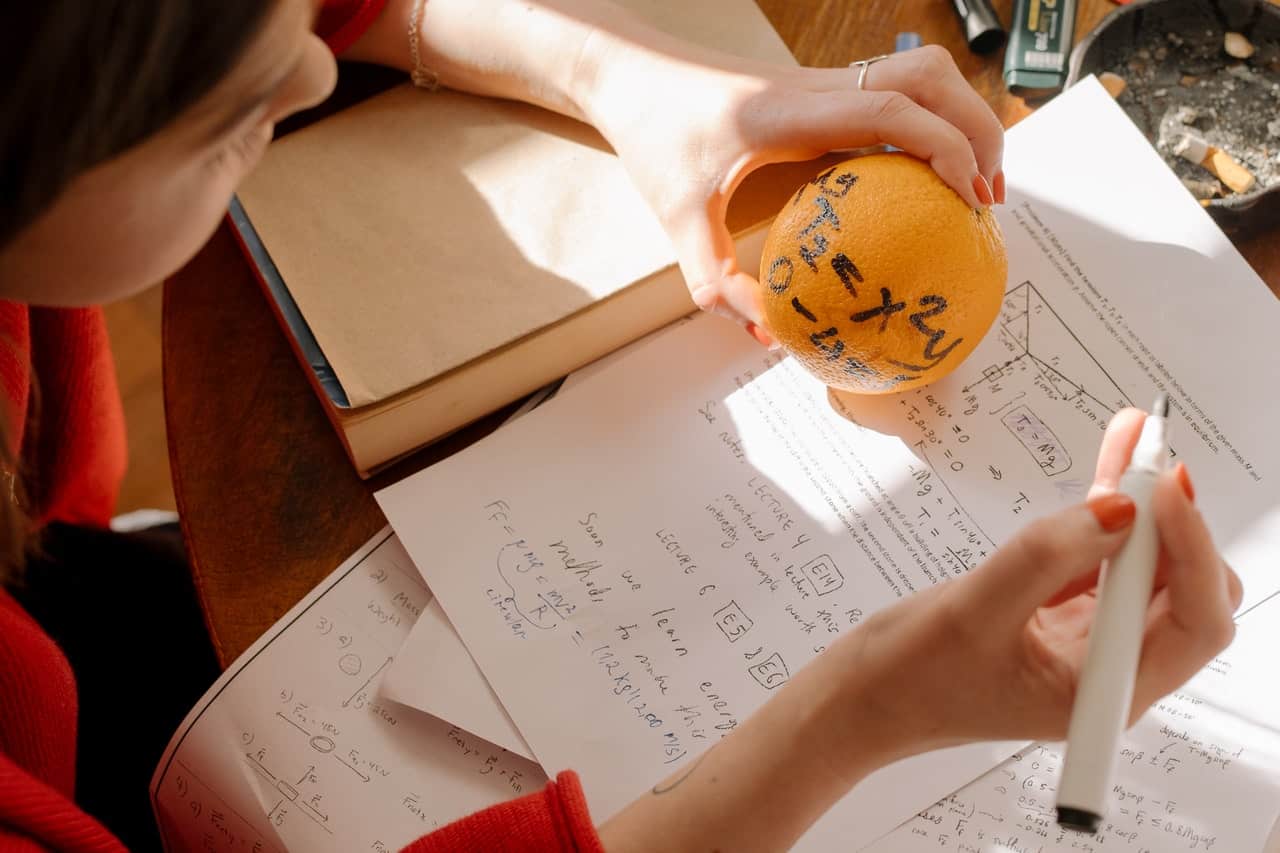 A good response when your teen hates maths

“When a child says ‘I hate maths’, what they often mean is ‘I don’t see the point of doing maths’ or ‘I don’t know why I have to do maths'”, says Eddie. So, we need to give kids hands-on learning experiences that relate to what they know, like and are already good at.

“Music, sports, poetry and science are full of mathematics,” says Eddie. “We need to help our children see those connections. That’s part of why I hosted Teenage Boss: to help children around the country (and their families!) recognise that mathematics can be a powerful skill that enables them to reach their personal goals.”

Musicians focus on their technique and speed comes naturally with practice; the same is true with maths.

One of the most frustrating things for an early learner is when lots of emphasis is placed on speed. For instance, this is common when students are first learning their times tables. Speed is certainly important and helpful in mathematics, but just like when picking up a musical instrument, it’s counter-productive to focus on speed. Musicians focus on their technique and speed comes naturally with practice; the same is true with maths.

Many games, especially board games, are brimming with maths. Players need to perform many calculations, often without noticing, in games like Monopoly, Settlers of Catan or Ticket to Ride. Playing these games together isn’t just great family time, it also helps kids strengthen their mathematical muscles. All while they’re focused on having fun and trying to win.

Try one of these board games: 11 family games teens will be into too

Listening closely to our kids when they tell us about the things they love isn’t just good practice for parents in general, it’s also a powerful way to help our children regain their interest in maths.

A common example I find is that many children who disengage with maths will still happily deal with numbers when it connects to things like sport or cooking. Paying close attention to our children when they talk about the statistics of their favourite team or player, or noticing the ratios and measurements that are critical to baking a delicious cake, enables us to highlight the maths we all do in everyday life in a very positive and non-threatening way. 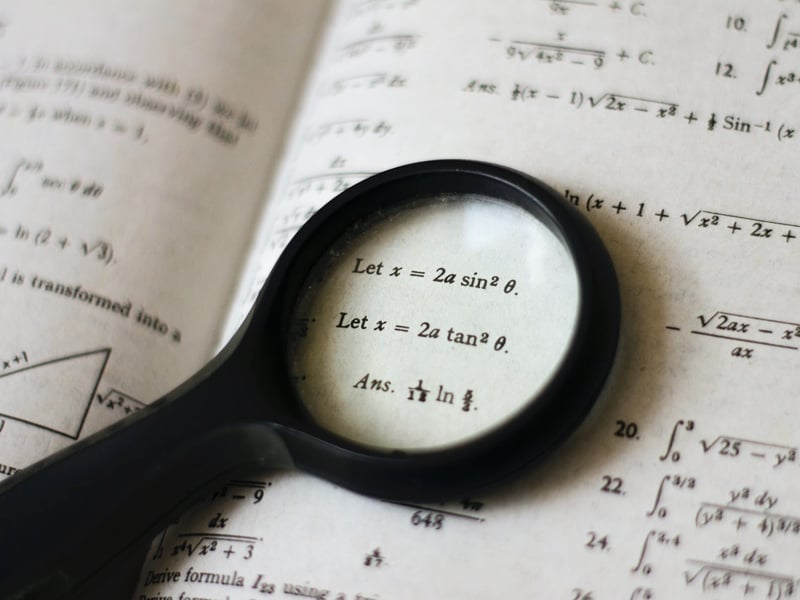 I couldn’t let the host of Teenage Boss leave us without asking for his best tips for managing the family finances. Eddie says:

They say that if you fail to plan, you plan to fail, and that’s definitely true when it comes to money.

The first step in managing money effectively is to create a budget, which is just a fancy name for a plan of how you intend to spend your money. Assigning certain quantities of money toward groceries, bills and savings is essential to ensure that you don’t end up spending more money than you actually have.

Having a plan doesn’t mean you have to be rigid and inflexible with how you spend money – in fact, a key skill is being able to adapt to unanticipated expenses when they appear. If you have $100 to spend, it’s tempting to say, “I’ll spend $50 on food to eat and $50 on petrol for our car.” But it might be wiser to say, “I’ll spend $40 on food and $40 on petrol, which leaves $20 aside just in case something comes up that I don’t know about” – because I can guarantee that something will!

Thanks so much for your time and terrific advice, Eddie!

Catch Eddie Woo on season 2 of Teenage Boss on ABC ME at 6.30pm Mondays, or catch up on ABC iview.