This is my new mantra for parenting teens: It’s not us, it’s them.

I was trying to have a reasonable conversation with my son (almost 14) and it escalated from “You can’t have a Weetbix right now, have a banana” (me) to “You hate me! You HATE ME! I’m moving out forever!” (him) in about 45 seconds.

First mistake: you cannot have a reasonable conversation with a teenager if you plan to disagree with them.

Second mistake: you cannot have a conversation with a teenager.

My second new mantra is this: Do not engage.

When the teen starts dramatically throwing himself around the house, screaming at the top of his lungs that he is moving out forever, don’t agree that that would be a really good idea.

Also don’t suggest that such a move would be a slight overreaction to the suggestion of a banana.

Oh, and please don’t suggest that you love him and you would be devastated if he ever moved out. Don’t cry, don’t yell back, definitely don’t threaten to move out first.

Once the banana storm has passed (and it will pass after 15 door slams, 11 haunting battle cries and at least 27 unacceptable insults), simply wait for an apology. It’s true that you will be waiting a very long time, but enjoy the relative calm while the waiting period settles around you like a thick, hot blanket.

Eventually, after an insufferably awkward long time, the teen will emerge from his dark cave and mutter a vague apology. He will toss this tepid apology at you like he just scraped it off the floor of his room along with a half-eaten, rotting apple and a ball of matted hair.

Which brings me to my third mantra:

Accept any kind of apology without question.

Then perhaps suggest you both have a round of buttered toast and a glass of milk. 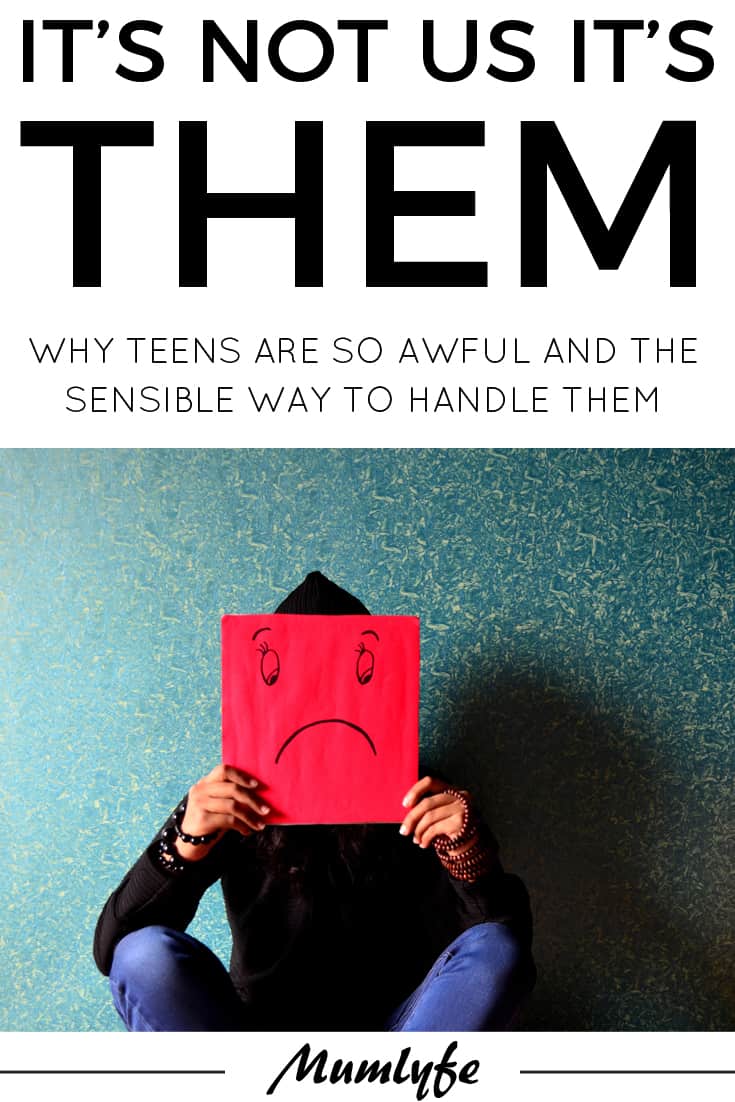 This feels so right - exercise, time with his mates, time in nature. All of our teens should be hiking weekly! High five!!

I sent mine of on a 6 hour hike yesterday with his mates. Gave us all respite. He came back happy.......well I think he did, who would know? So it's hiking every weekend from now on and with any lucky, an overnight camp every now and then.

Feels like there's no hope with parenting my teen. Never thought I would be looking for help through Google searches.

I sad to hear this, Mar. Hang in there. x