This photo scavenger hunt is fantastic fun at a party, but you could play this game anytime, anywhere. There are three sets of four images and three road block challenges in the game. The winner is the first team (or person) to solve all the picture close-ups and successfully complete all the challenges.

Get set for the photo scavenger hunt

All you need is a camera to take some shots, a printer and paper to print them out and a kid-friendly camera for later on (most kids will have their phones with them, so that’s easily sorted).

To set things up, take a wander through your garden, neighbourhood, local park or other outdoorsy area and take some REALLY close up pictures of interesting things. While you’re there, step back and take a wide-angle shot of the interesting thing. This shot will become the ‘clue’ for later if your people get stuck on the close up. 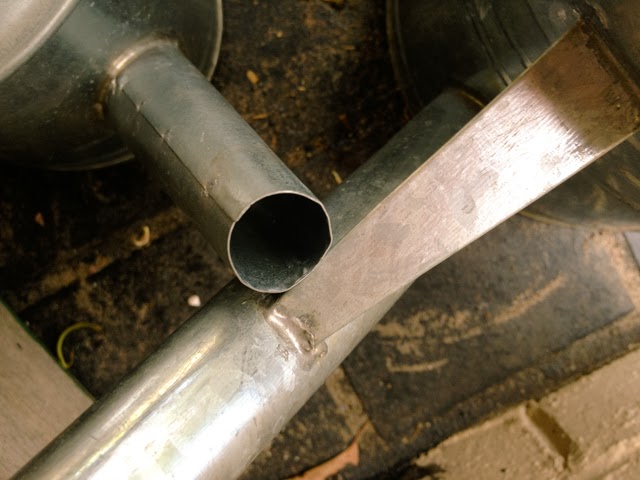 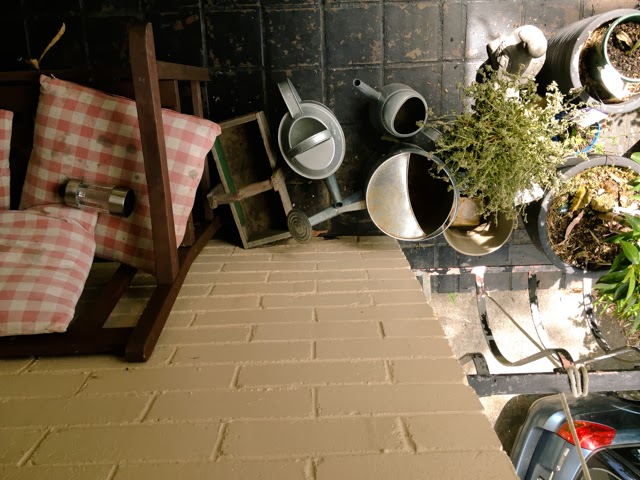 Once you’ve taken your shots (I chose 12 interesting things, you could do more or less), organise them into groups of four or so. You will want to mix the shots up to make things harder and really get those kids running wild and crazy for as long as possible. As you group your shots, remember to group your matching wider-angle ‘clue’ shots on a different page.

We divided the 16 party kids into three groups of five (plus one). In this case: the pink, brown and yellow teams. 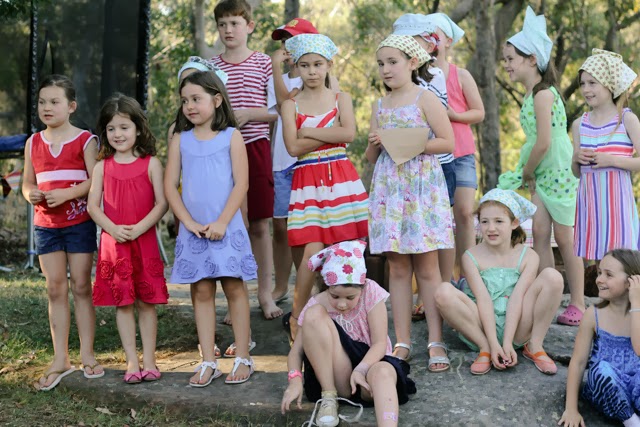 The kids got an A4 page with four close-up images printed on it and an iPhone to use as a camera. They needed to guess what each of the images was of and take their own photo of each object. 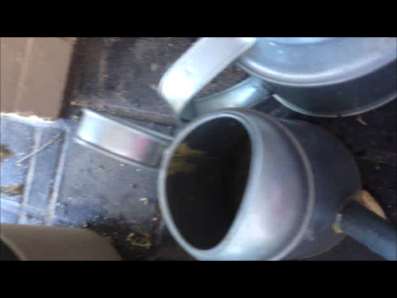 Once they’d taken all four shots, they raced back to get their answers checked. If they were correct, they had to complete a ‘road block’ challenge before getting their next set of four close-ups to solve. 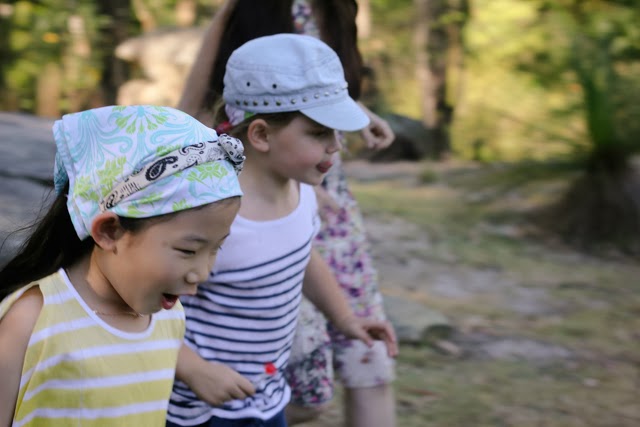 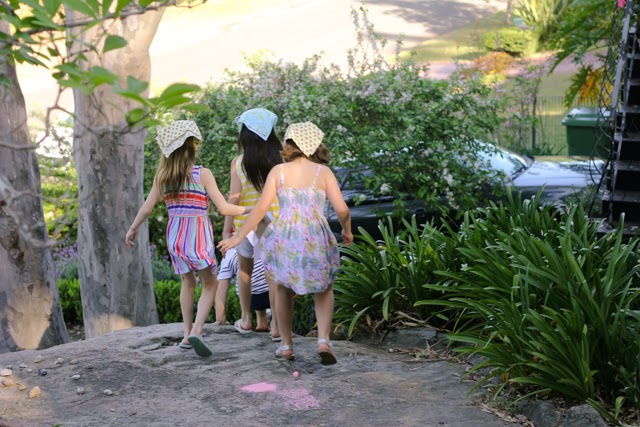 If they got really stuck on a close-up, they could elect to get a clue to help them along on the photo scavenger hunt. If they matched the clue up with the close-up, they had their picture, but they needed to think twice about asking for one. A clue set them back substantially at the road blocks (see below).

You could come up with virtually anything to make your three road block challenges. This is what we did for my daughter’s 9th birthday party… 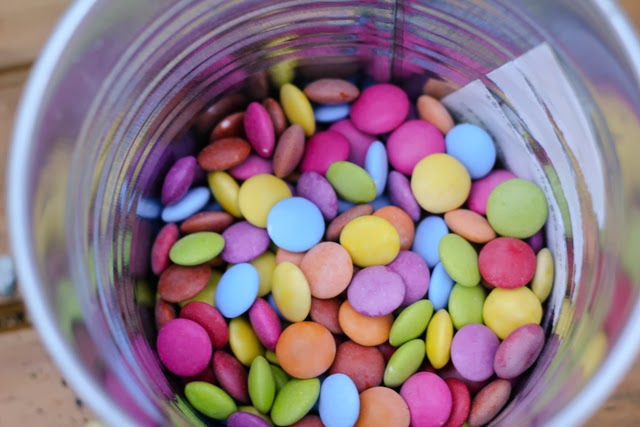 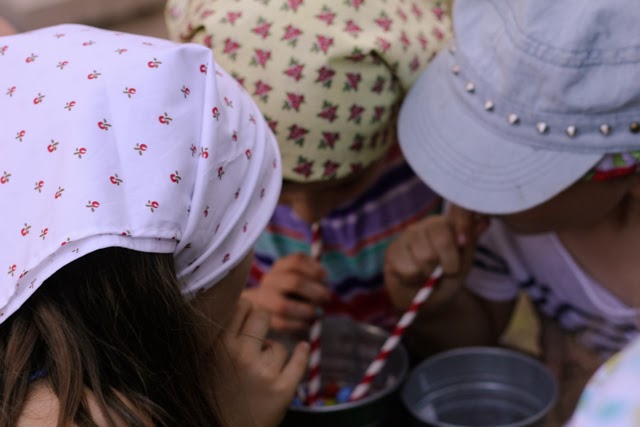 The team had to move 10 Smarties from one bowl to another using only a paper straw. They then had to eat the Smarties and show empty mouths before they could receive their next set of close-ups. If they used a clue during this round, they had to move and eat 20 Smarties. 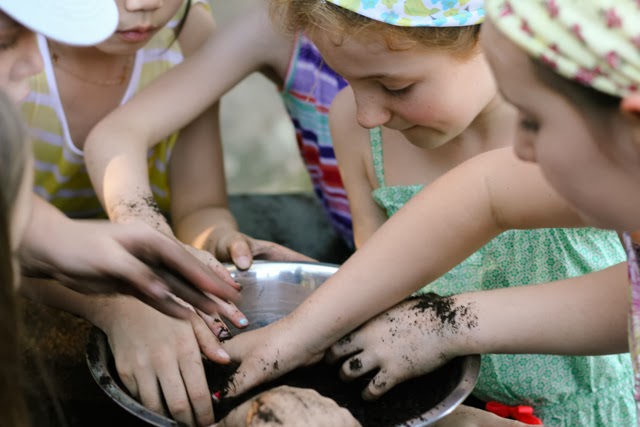 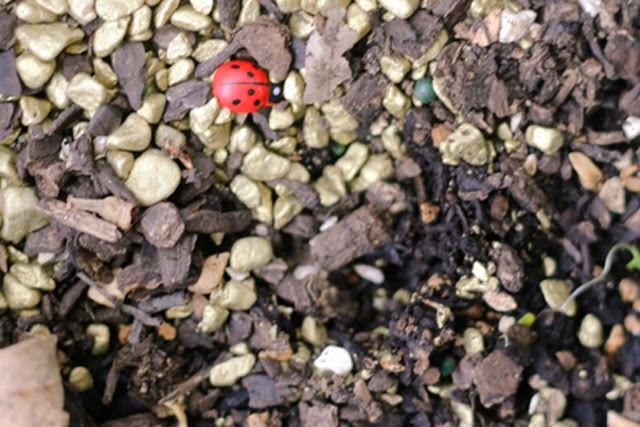 Here they had to find three tiny ladybugs in a big bowl of dirt. They then had to wash and dry their hands and show clean hands before they could get their next set of close-ups. If they used a clue during this round, they had to find five ladybugs. 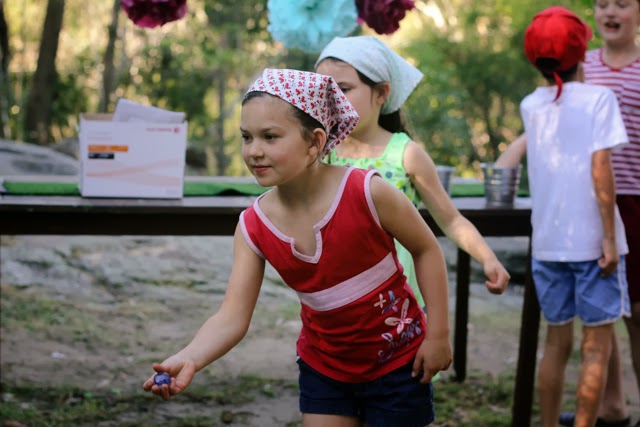 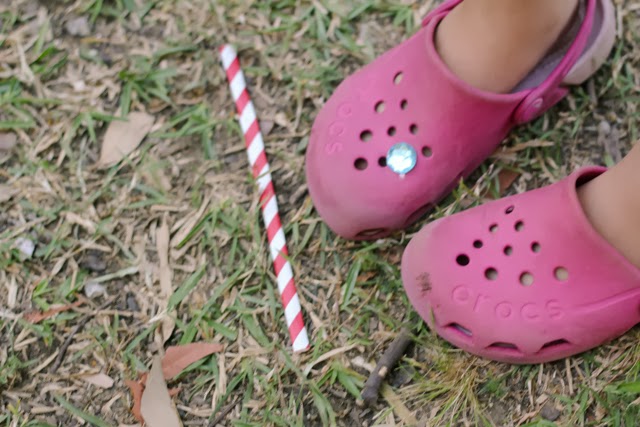 Throwing a pebble into a watering can isn’t easy and the kids had to get three in for their final roadblock. If they used a clue during this round, they had to get six pebbles into the can – super duper hard.

In this game, the Pink Team came out on top by a mile. Even though the team was captained by a five year old.  Our youngest turned out to be a close-ups gun. She only had to look at an image and off she raced to the exact spot. Her team, who were initially reluctant to have the ‘baby’ Maxabella-kid as their captain, were ecstatic and Lottie is now their ninja hero. The little engine who could.
Do your kids love a photo scavenger hunt?