I’m here to tell any parent of a teen that even if you think you know them well, your teen has secrets. They might even have secrets for so long that by the time you find out about them, you’re dealing with a mess. For instance, if you’re anything like me, you probably won’t know your teen is smoking pot until it’s reached crisis levels.

Story by anonymous Mumlyfe reader, as told to Bron Maxabella

When I say ‘anything like me’, I mean just a regular mum. I work part time in an office job and I have a second job driving the kids around day and night. I make the meals, I clean the house. Between all that I try to find time for my husband, and every now and then I get to kick back and just be me.

Just your regular mum, stretched way too thin and unable to see that her teen is smoking pot right in front of her eyes.

The stats back me up

I know I’m not alone. The Australian Institute of Health and Welfare says that cannabis is the most commonly used illicit substance among adolescents aged 12-17. Among 14-17 year olds, 16% report trying cannabis, with 8.2% saying they had ‘recently used’ it. That’s a big proportion of kids giving cannabis a go, with the general word being that smoking it either by rollies or using a homemade bong is the most common way to try it. Keep an eye on the length of your garden hose!

Keep an eye on the length of your garden hose!

What really gets me is that I’ve educated myself on what’s available to kids. I almost expected my kids to somehow get involved. Admittedly I was more on the lookout for alcohol, but pot was definitely still something I considered. I remember pinning the ADF cannabis page a couple of years ago (when my kids were 12 and 14 years). It was so I could remember to take note of the visible signs that your teen is smoking pot:

The fact is, when it came down to it, I missed them all. I didn’t notice that my 16-year-old son was using weed, wasn’t even suspicious. And I definitely didn’t know that it had been going on one way or another since he was 13 and in Year 8. 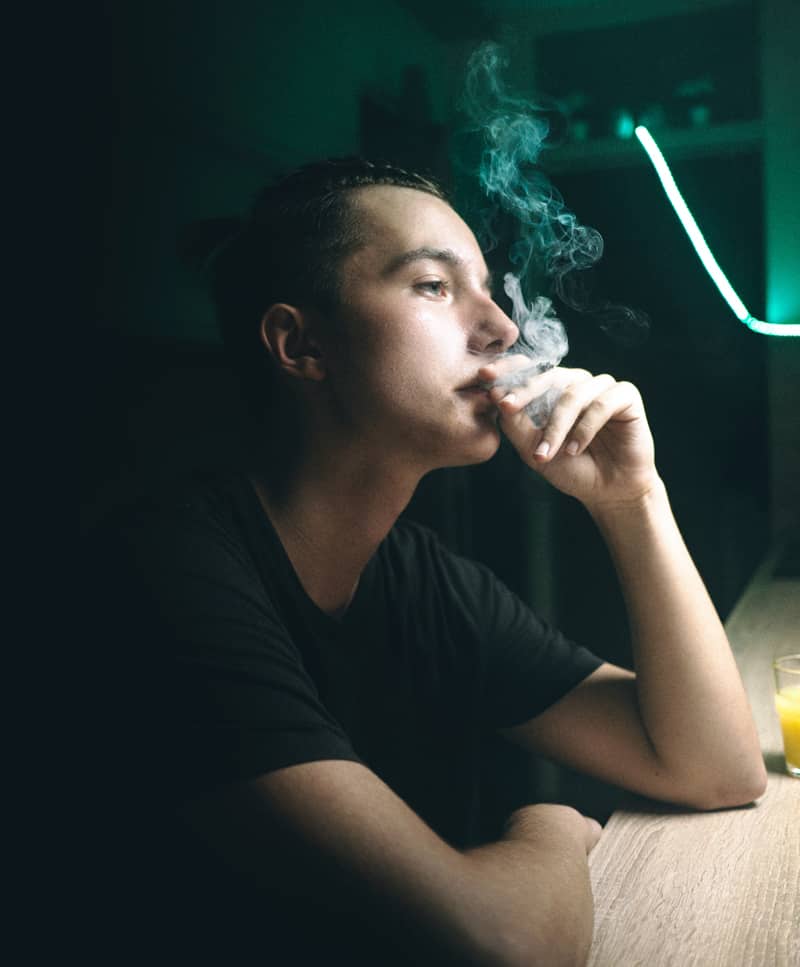 There’s no signs when you don’t see them

We are a typical busy family with two full-time working parents. Since the kids have become teens, we don’t see a lot of each other. I don’t know when that happened, but it happened. In fact, I never realised that I barely see my sons at all until the whole pot thing came up.

I guess it’s no wonder that I missed the things they tell you to look out for. It’s hard to see changes in your kids when they are busy with school, or shut behind their bedroom door or out with their friends 99% of the time. When the whole thing blew up, I realised that we hadn’t even eaten dinner together for months.

I never realised that I barely see my sons at all until the whole pot thing came up.

I could make all the excuses in the world about why that is. Our jobs are busy and then you spend the rest of the time ferrying your kids around town to training, sports, their mates’ places. They grow up and don’t want to hang out as a family anymore and one way or another… you just don’t hang out any more.

So, this is how I finally found out that my teen is smoking pot: his friend dobbed him in. Thank God for that friend. I know most kids wouldn’t dream of going to a mate’s mother and telling them they were worried about their friend, but this kid did. Don’t we wish more would?

This boy is a true friend to my son. They have known each other since Year 2 at primary school and have stuck together, even though they don’t go to the same high school.

My son’s friend noticed that his pot use was getting more and more regular. He didn’t think anything of it when it was just vaping and some tokes at a party with other kids. He started to get concerned when my son told him that he was smoking a cone before school most days. 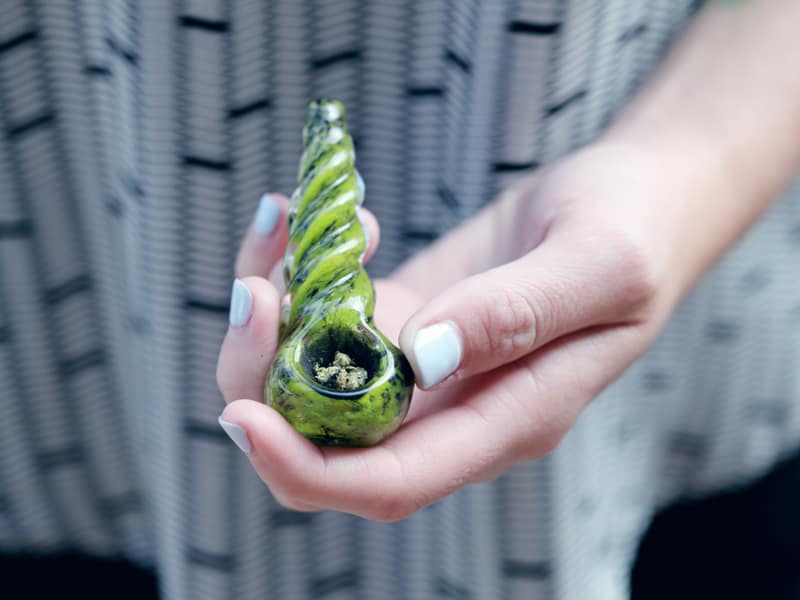 This boy came to see me when he knew my son wouldn’t be home and explained that he was so worried about my son that he was prepared to risk the friendship in order to get him some help. He didn’t want my son to know he was telling me, but he knew I needed to know.

I was (and am) naturally gutted, absolutely wrecked. And so grateful that boy that I will love him until the day I die.

Another mother’s perspective: “I can’t tell my friend that her kid is smoking weed”

Help is there when you need it

That very day I raided my son’s room while he was still out and found all the evidence we needed to confront him. Well, confront isn’t really the word here. We wanted him to know we were on his side and just wanted to talk through why he felt the need to smoke most days.

We contacted ReachOut and through them found Counselling Online – it’s a free service. Our counsellor helped us work out a good strategy to talk to our son. We prepared in advance what we wanted to say and made sure we emphasised that we loved him and wanted to help him. It was also really important to me that I owned the fact that I hadn’t been there for him as much as I should have been, but I was here for him now.

Here are some of the reasons why he said he smoked pot:

We told him that we couldn’t condone using pot, but we could get him some help to get off it and feel better about himself without it. He talked to a counsellor at Headspace the very next day. (We were lucky that they were doing Zoom meetings during a lockdown at the time. This was less scary for our son.)

Read this too: Our teens are in crisis and they need our help 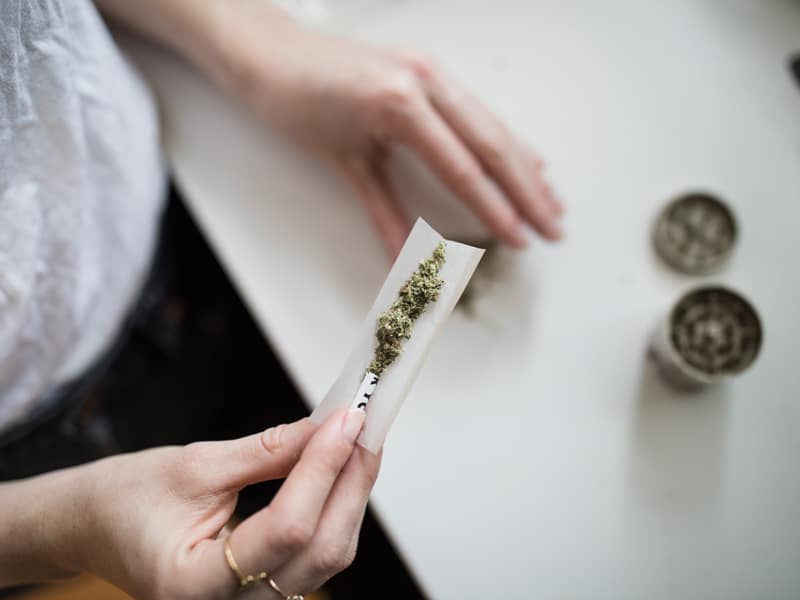 Since then he’s also being seeing a psychologist that a friend recommended and it’s going well. He’s been off the pot for almost three months now.

He’s agreed to stay off it for now, but I know this is hard for him. He says he feels isolated from his friends because, according to him, everyone is smoking and he’s the odd one out. At 16, that’s a rough way to feel, but it just has to be the way it is.

I know he’s feeling better both within and about himself.

I know he’s feeling better both within and about himself. That’s a strong motivation to keep going with the psychologist and stop smoking weed. I think we are lucky that he’s been so open to getting off it. I know many other kids might not feel that way.

If you’re going through this, I’d like to give you a big hug and tell you that it’s okay if you missed the signs in your kid, too. I was lucky I found out about my son’s drug use through his friend coming to see me. Otherwise I still wouldn’t know – like I didn’t for the two years before I found out.

Parents are only human and we have busy lives of our own. We can’t beat ourselves up about things that happened in the past, only change things for the better in future.

For our family, there have been significant changes. We are making the biggest effort to spend more time with our sons. Just because they are teens and say they don’t want to be with you, trust me, they do. We also operate a ‘door open’ policy throughout our home. Too much went on behind my son’s closed door that might not have been able to happen if it had been open.

Do you think you’d also miss the signs that your teen is smoking pot?