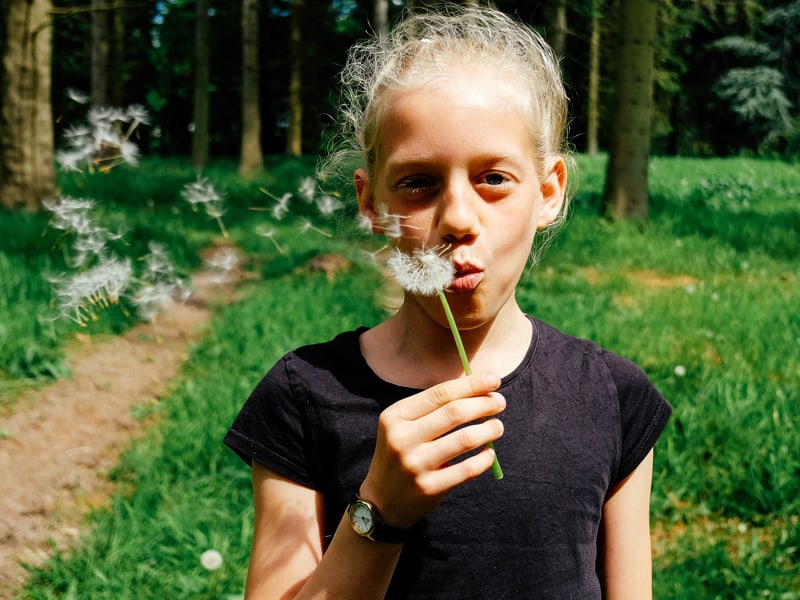 For years I avoided the term ‘tweens’ and certainly did not think you needed special skills for parenting tweens. I worked in marketing at the time and the only people using the term were also in marketing. It felt like the wankiest word in the world. A made-up thing used to sell products families don’t need.

And maybe it is.

Then I had a conversation with my mum that changed how I felt about tweens. This was way before I was parenting three myself.

“I never got to be a teenager,” Mum said. “They weren’t invented when I was in my teens.”

“What? No teenagers?” I was stunned. “What were you called then?”

Yep, teenagers were treated exactly the same as four year olds. You were a child until you got a job and supported yourself and then you were an adult.

Which made me see tweens in a whole new light too because… tweens aren’t four year olds either. I think you really do need a whole new set of skills for parenting tweens. Kids aged 7-12 are just different to kids aged 0-6 years and different, let’s hope, to teens.

So I turned to my trusty brainstrust of mums – some bloggers, most not – to ask them what their best tip for parenting tweens was. These tips alone will reveal why parenting tweens is its own special era. 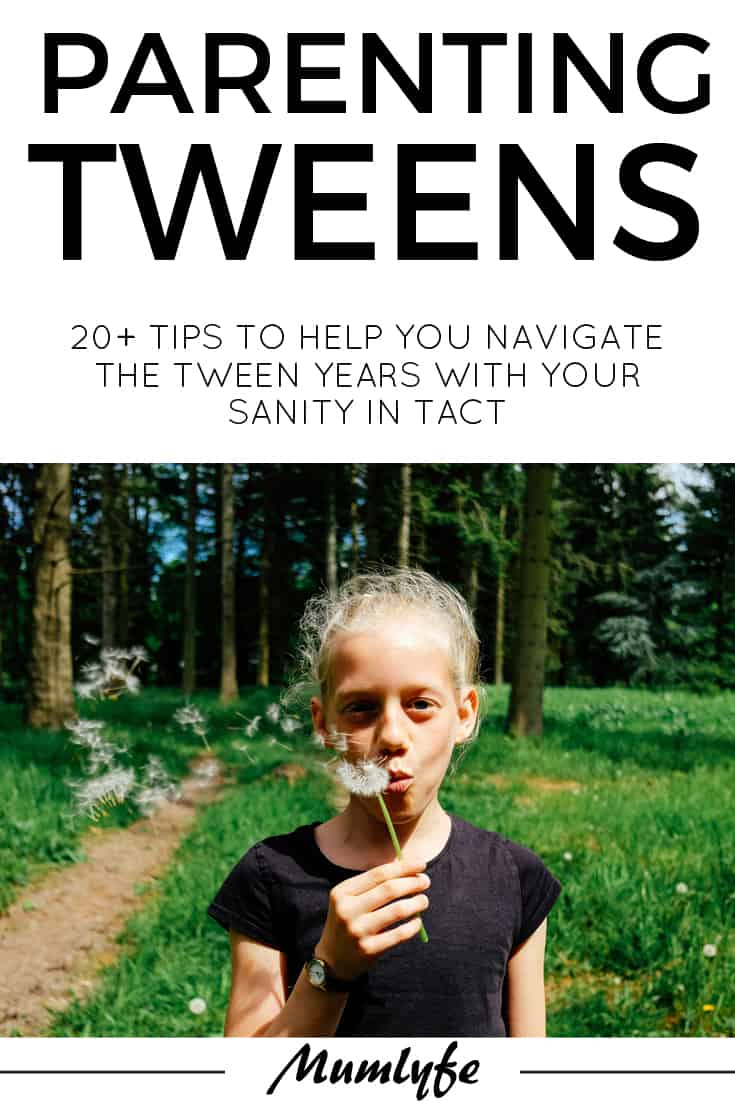 Enjoy this time, these are the golden years… your ‘years off.’  Seriously, it’s all about to go pear-shaped so DO NOT SWEAT THE SMALL STUFF NOW.
Seana, Sydney Kids, mum of four – twins in Year 6 plus two out of school

You think it’s going to get easier when the kids are tweens, but it’s not easier. Remember to take time out for you. You probably need it even more than during the newborn stage. I wish I was joking.
Susie, mum twin girls, 13 years

I think that because you’ve been dragging yourself through parenting with the expectation that it’s going to ‘get easier’, when you get to tween years and it’s not, you kind of break. It’s like running a marathon and they keep moving the finish line. Be prepared for that by having an outlet, talking it out and inviting the kids in a bit more.
Bron (that’s me!), mum of three, 9, 12 and 13 years

Don’t neglect your mother’s group just because the kids are older. You still need that support.
Peggy, mum of two boys, 9 and 11 years

Get your husband on board.
Susie, mum twin girls

One of the mistakes I made was being too impatient to teach my little kids how to do things around the house to a standard I like. Now I wish I had spent more time on that when they were younger, but it’s never too late. Or, when it comes to my two-year-old, never too early!!!!!
Deb, mum of three, 2, 7 and 8 years

Connecting and growing up

I love parenting tweens. They’re curious, kind, and blossoming. And, yeah, they’re also nasty as all shit. But I focus on the nice bits. I tell them all the time how special they are and they go ‘aw mum, stop, no’, but they love it.
Jo, mum of two, 8 and 11 years

Once you accept that they often over dramatise the smallest of things you’ll learn to smile and nod a lot more.
Emily, Have a Laugh on Me, mum of three

As they get older tweens want, and are usually capable of, being very responsible but they still need guidance. The way you do that might need to change. If you tell a tween to do something they are likely to dig their heels in and say no just because they don’t like being ordered around (well who does?). Communicate with empathy and understanding and work together to find win-win situations.
Kate, Picklebums, mum of four

Tweens tend to be more ‘secretive’ than younger kids and having ‘secret’ time with mum seems very important to them.
Lucy, mum of two girls, 9 and 12 years

Arm them with all the books they need for all the information and prepare yourself that they may not want to discuss it with you, or they may want to over-discuss it with you!
Megan, Children’s Books Daily, mum of two girls, 6 and 8 years

Keep the eye rolling to yourself when they play that emo song for the hundredth time…
Kate, Picklebums, mum of four

Make time for one-on-one time. My eldest (9) and I have some great chats when it’s just the two of us out doing something. I think he enjoys being treated as more of a ‘peer’ than a kid and it fosters a great, trusting relationship. He’s also really fun to talk to.
Ellen, Potential Psychology, mum of two boys, 6 and 9 years

Friends will become really important to tweens, but remember that family is still their anchor.
Kate, Picklebums, mum of four

Tweens need to know that the internet is not private, not controllable and what you say is forever.
Kate, Picklebums, mum of four

I stick with the guidelines offered by social media networks and say ‘no Facebook, Insta, Snap or Twitter until high school. It’s a hard no from me and I am impervious to begging. In that way, parenting tweens is no different to parenting kids at any age.
Bron (that’s me!), mum of three, 9, 12 and 13 years

My younger girls have just started private messaging with their friends. I hate it already (and can you believe it wasn’t around when my eldest was a tween? Times are moving fast!!!!). It’s so easy for kids to misunderstand what they are reading. I make sure the girls show me their messages from the day and we talk about them.
Sue, mum of three girls, 8, 10 and 15 years

The social media thing scares me bonkers. I make sure I keep up with the latest thing the kids are doing because otherwise you’ll get left behind so quickly.
Seri, mum of two, 5 and 9 years

I work in social media and I make sure I show my kids examples of what not to do.
Ren, mum of three

The tween years are when ‘natural consequences’ really come into their own. If this doesn’t (or does happen) than this will (or won’t) happen. Don’t do your homework? You’ll be in trouble with the teacher. Have a messy room? You won’t be able to find your things.
Bron (that’s me!), mum of three, 9, 12 and 13 years

Give up on a tidy room, just so long as their stuff isn’t laying around the entire house.
Emily, Have a Laugh on Me, mum of three

I am a super-strict parent and always have been. Tweens will push your boundaries like a two-year-old only dreams of doing. In my experience, if you really believe in something, you need to stay strong and just say no and walk away from the negotiation attempts.
Ann-Marie, mum of four, 8, 11, 12 and 14 years

Make space for mistakes. They need a chance to practise being responsible, independence and make their own decisions. If they get things wrong, a parent’s role is to support them as they sort it out, not fix their problems for them.
Rachel, Tweens2Teens, mum of three

Humour is my biggest saving grace. Tweens ‘get it’ and you can have a lot of fun with them. When the shit hits the fan and I’m ropeable, I try to take off the cranky pants and put on the silly dancing pants. The kids think it’s the best fun and it diffuses some pretty heated situations. Tweens are frustrating!
Bron (that’s me!), mum of three, 9, 12 and 13 years

Do you have a tip to add to our collection? 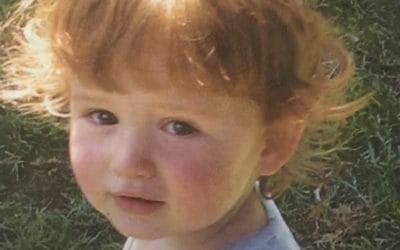 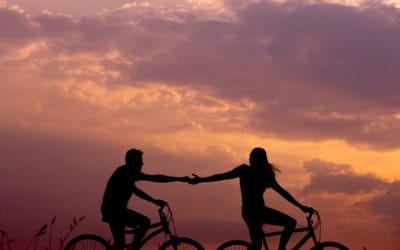