Mac and cheese just screams comfort, doesn’t it? It’s got just the right amount of carby, creamy goodness that is so satisfying to tuck into. I’ve kinda-sorta made my Mac and cheese recipe a little healthier by adding a few veggies, but there’s no denying that this is a ‘sometimes dinner’.

In fact, when my husband saw me making this he was less than impressed. In fact, the comment “why would you make that?” actually came out of his mouth.  After resisting the urge to slap him, I continued making the recipe, knowing that he would be eating his words along with his Mac and cheese once he actually tasted it.

It’s really not that hard to make. The cheese sauce is no doubt the trickiest bit, but I was still able to get it done without any disasters, even as my boys ran laps of the island bench in the kitchen. As you do.

To make this Mac and cheese recipe a little more adult-friendly, I used three different cheeses for my sauce. However just tasty cheese if you prefer.  I also decided to add some cooked bacon and onion along with corn kernels to bring a little extra taste (and goodness) into the recipe.  I’m also thinking about adding sundried tomatoes to it next time I try it.

As this isn’t the healthiest meal going around, I decided to serve this as a side with some homemade chicken tenders and steamed broccoli and beans.  The boys thought it tasted great and were quick to clean their plates (they are crazy for carbs after all). Even my husband mumbled something about it being pretty good when asked. 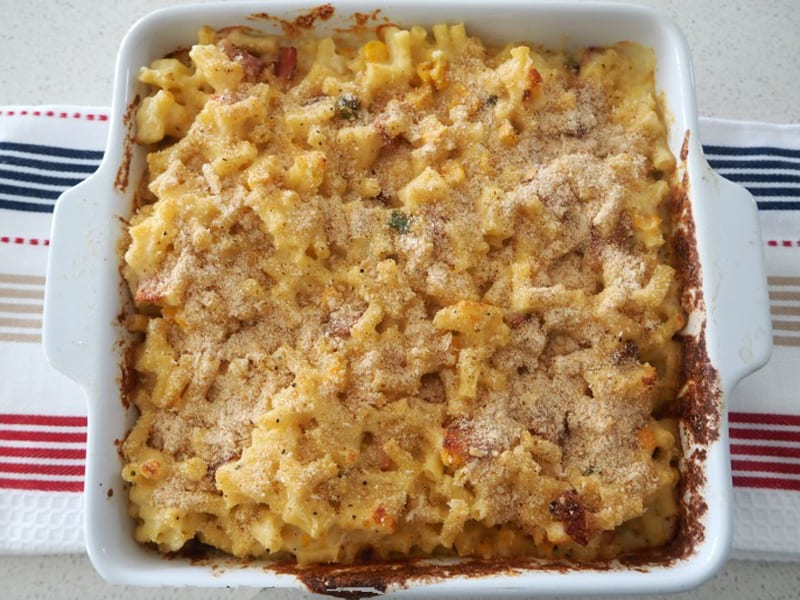 Preheat oven to 190ºC and lightly grease a baking dish.

Cut the bacon and spring onions into small pieces and cook in a frying pan over a medium heat until the bacon begins to brown. Remove from the frying pan and set aside until needed.

Cook the macaroni as per the instructions on the packet.

While the macaroni is cooking, place the butter into a medium saucepan over a medium heat. Cook until melted and add the flour. Cook for 1 minute, stirring continuously.

Gradually add the milk to the mixture and stir as you go. Bring the mixture to a boil (keep stirring) before reducing the heat and simmer for 2 minutes – continuing to stir regularly.

Remove the saucepan from the heat and add the grated cheese and nutmeg. Stir until the cheese has melted.

Place the cooked macaroni into the baking dish, add the cooked bacon and spring onions, corn kernels and pour the cheese sauce over the top. Sprinkle with salt and pepper to taste.

Carefully mix all of the ingredients together until the cheese sauce has coated all of the pasta. Sprinkle the breadcrumbs over the top and place into the oven.

Bake for 20 – 25 minutes or until the top turns golden brown. 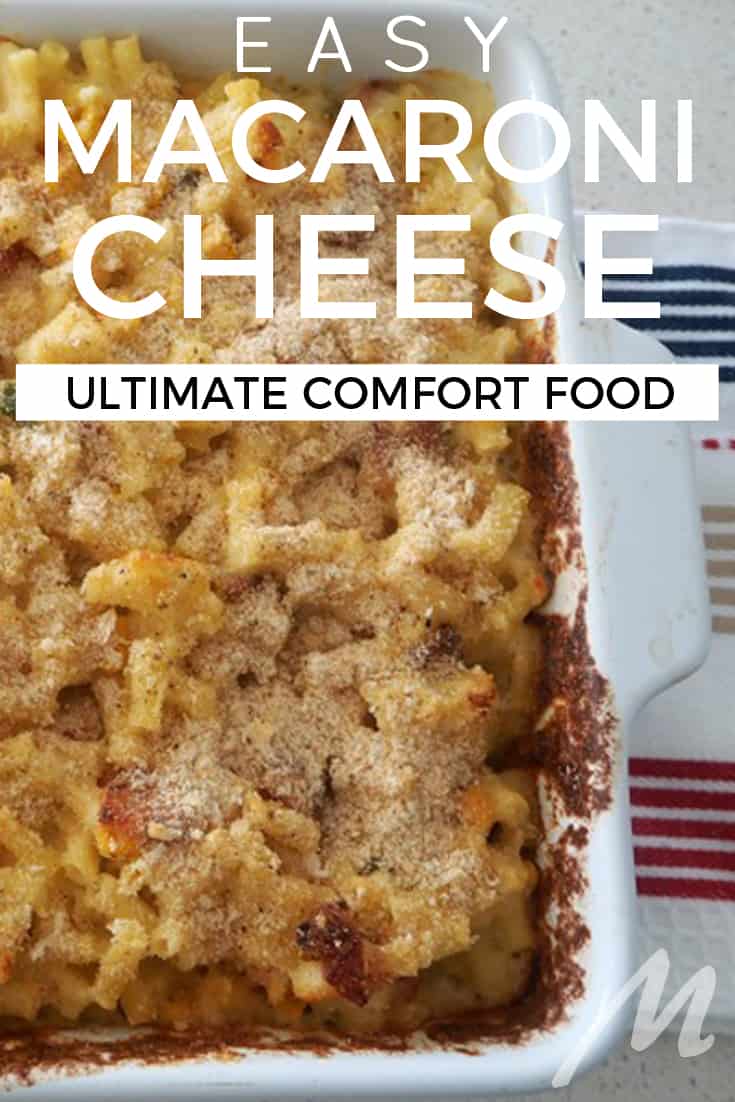