I’ve spent the last year or so in trepidation, wondering what it’s like when your daughter gets her first period. Well, suddenly now I know. Yup, it happened here on the weekend.

If I am honest I was hoping my twin daughters would get their first period much later than this. Though at just shy of 13 they are probably towards the older end of the age spectrum for getting a first period.

Paediatric and adolescent gynaecology expert Julie Quinlivan, of  WA’s Notre Dame University, told the Sydney Morning Herald that in the past 20+ years the age girls start their first period has dropped from 13 years to 12 years, 10 months. More recently that has declined to 12 years seven months and is now ”coming down harder”.

Note that there is a still a wide age considered ‘normal’ for a first period – between 9 years and 15 years 8 months. Generally other signs of puberty (such as breast development and pubic hair) will be present before the menarche (first period) occurs. A girl also needs a body fat percentage of at least 17 percent. I guess that is why I was surprised because my girls are still so slight.

There’s a book for that: 6 good books about starting your period

I have been preparing for this moment for years. Ever since one of the mum’s in primary school mentioned that her daughter had started in Year 5! At first I took the emu approach (bury my head in the sand). Then, encouraged by a close friend who is a midwife, I got on board and made sure that there were supplies in the house, ready for the big moment.

I hadn’t quite reached the point of carrying supplies with me, but I guess I will need to do that again. Given that I have had a hysterectomy, period supplies are not something that I need to carry anymore. 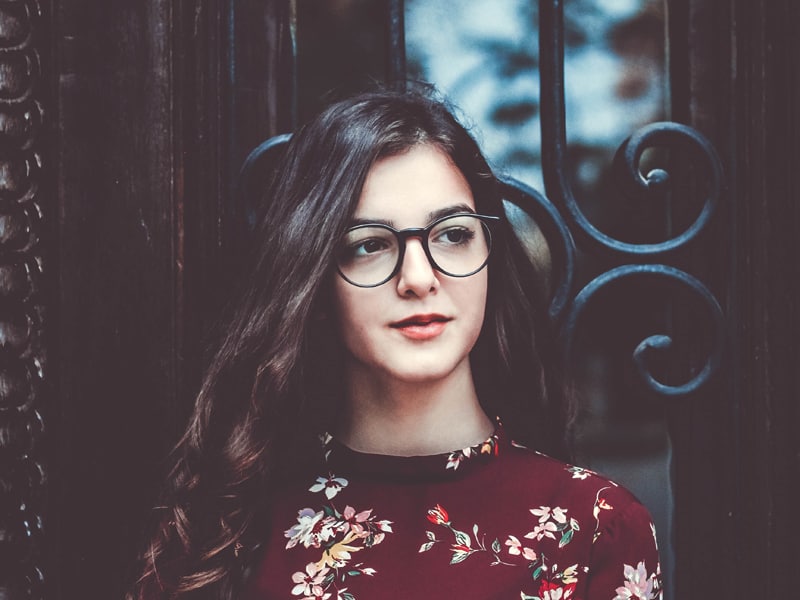 So, there I was relaxing on Saturday morning, before we headed out to netball, when my  very matter-of-fact daughter announced to me, “Mum, my period just started.”

And just like that I was faced with the moment of truth.

In the past I have wondered how I’d cope with this important milestone. Would I freak out? Tear up? Launch into a verse of “Girl, you’ll be a woman soon”? Or give her a big spiel about how she is all grown up and no longer my baby?

Or would I be cool and calm about things? If there’s one thing I’ve learned in my 16 years of parenting, my kids feed off my emotions. So, yes, I wanted to be cool and calm. That was the plan.

Turns out that when faced with the reality of it all, and my daughter’s very open approach to the situation, I was admirably calm. We simply dealt with the practicalities of what needed to be done – how to put a pad in, clean knickers, how to soak knickers and how to dispose of pads (and tampons), NEVER down the toilet.

She had questions every now and then throughout the day about various things, like how do I shower and how do I sleep? I just answered each question as she asked it, and the day moved along. 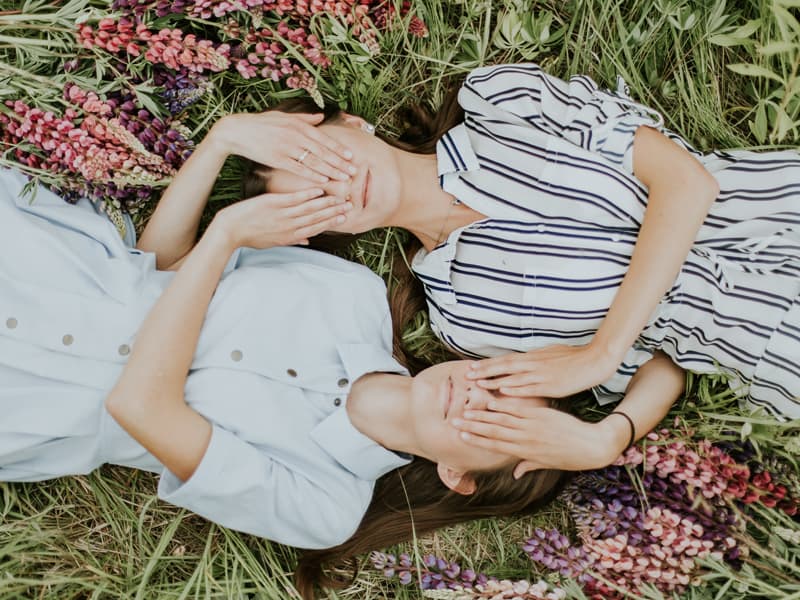 I was concerned about her twin sister and how she would feel with a fuss being made, but she was totally okay with things as well.

In fact, she asked “Why would I be jealous of not having my periods?” Fair point.

Some tips for rookie mums (not me anymore!?)

Have supplies at the ready

As she gets older, give her a little kit to put into her school bag with a few pads or period undies, fresh knickers and wipes, just in case.

RELATED: What’s in our first period kit and some thoughts about starting

Don’t worry too much

… and try not to make a fuss. They really don’t like that. (I got told I don’t need to ask if she is okay every five minutes, just twice a day is enough.)

Take your cue from your daughter

Your daughter will likely take it all in her stride. My daughter announced her period had finished just as matter-of-factly as she announced its arrival. I gently suggested she might need to just wear something for another 24 hours, just in case.

Michelle Mitchell’s course really takes the awkward out of The Talk.

I intend to get my daughter a small charm to mark this big occasion, and will do the same for her sister when she starts her periods. I know some Dads also give a bunch of flowers to mark the occasion. Honestly my girls would die if their father did that, but you know if your daughter would appreciate this or not.

Give options for protection

Discuss with your daughter what protection is available and what she’d like to use (before or after she has started). We had a conversation about period underwear (game changer, I wish this was a thing when I was their age), tampons and how they work and pads.

Given the reaction to the tampon conversation, I haven’t have the menstrual cup conversation just yet. Though from all my friends who use cups, I know they are excellent, so definitely a conversation for the future.

This might help: Why we love Modibodi period pants

My daughter settled on having tampons in the bathroom for when she feels ready and ordering some Modibodi (a great Aussie small business) period underwear. Given how environmentally friendly all the girls are these days, they may wish to use things that are reusable such as period underwear and cups, so be prepared for that. Plus unless they are the first to start their periods, they will likely want to fit in and do whatever their friends are doing.

It’s about her, not you

Even if you are dying on the inside and not comfortable talking about periods, this is not about you. If you make it a big deal or something to worry about then she will too. If you make it a low-key, pleasant experience, chances are she will start her periods feeling excited and proud.

Just remember, you’ve got this, Mum!

How are you feeling about the whole periods thing? 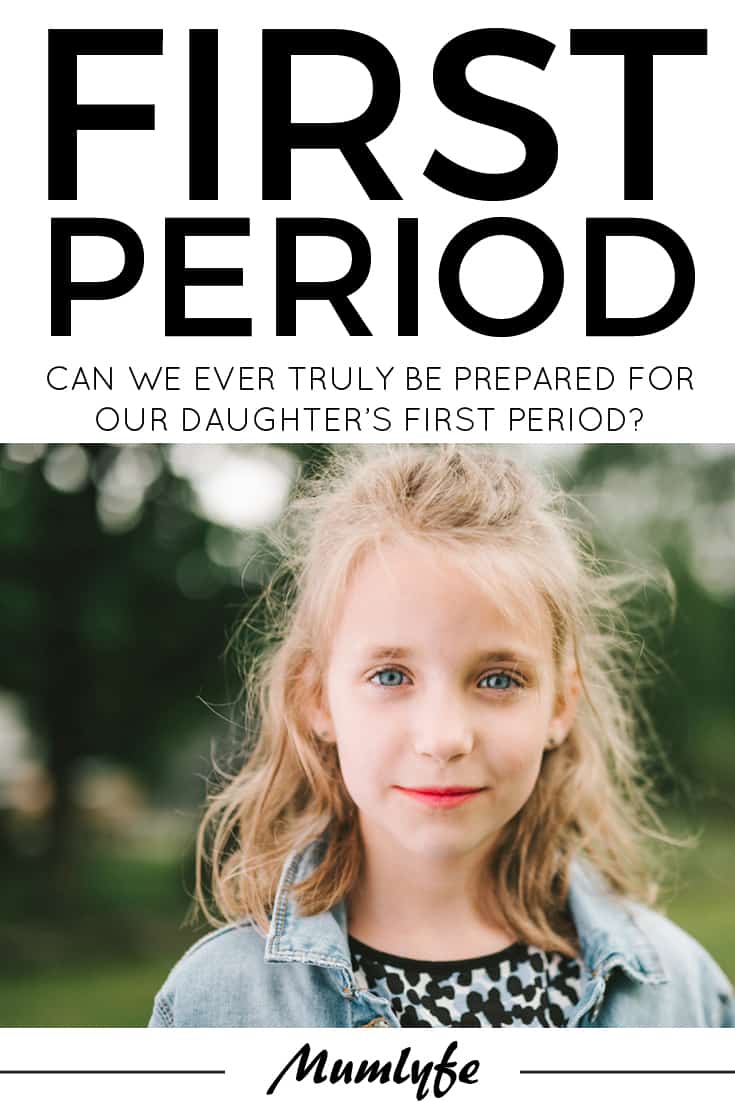 […] Related: What’s it like when your daughter gets her first period […]

[…] Read how Cathy’s twin daughters felt about their first period […]

Puberty vs Perimenopause: Let's get ready to rumble | Mumlyfe

[…] Related: What’s it like when your daughter gets her first period […]

Thanks for the article. My 10 year old and I read Reaching for the moon when she was nine. she is so excited to start her period. I bought her a Hannah Pad teen box, which contains different size hannah pads, a soy light candle, oil to rub on her tummy and a toiletries bag. It was supposed to have a chocolate in it, but they gave me another bag as we are vegan and the choc had dairy. The book also came with the book. We are planning a ceremony with some of my friends who are close to her when she starts. she knows exactly what she wants. Be prepared though. while reading the book, they encourage girls to ask lady friends about their experiences... My normally shy daughter would walk up to any woman and ask her about her first period. Some people were very amazed, but enjoyed it and chatted freely, while others... well... you can imagine...