Jacinta Tynan has a new book out that is full of love for being a single mother. The Single Mother’s Social Club is both a dispenser of practical parenting advice and tissues. Jacinta herself has been a single mum of two boys for years, a role she prioritises over her public life as a journalist, news presenter and Sunday Life columnist. This is one very busy lady and her book is a fantastic read for all kinds of mothers, not just single mothers. You can see how valuable this book is in the advice Jacinta has gathered from single mother’s everywhere in this edited extract we are delighted to bring you here.

Whether you’re co-parenting, parallel parenting or solo parenting, single motherhood is a big ask. It’s also relentless. But it’s doable. Actually, it’s beyond doable – being a single mother can be the greatest role of your life.

Lara sees being a solo parent as a blessing. ‘At first I harboured this core of resentment where I felt it’s so unfair I have to raise these children on my own,’ she said. “The turning point for me was one day when I woke up and thought, Wow, I’m so lucky I get to raise these children by myself. They were teenagers by then and I realised they were growing up. It was like a light bulb. I’m so lucky I get everyday of that.”

Here’s some collective wisdom from single mothers on the ways they have learned not just to get by but to thrive, for the ultimate good of their kids and themselves. 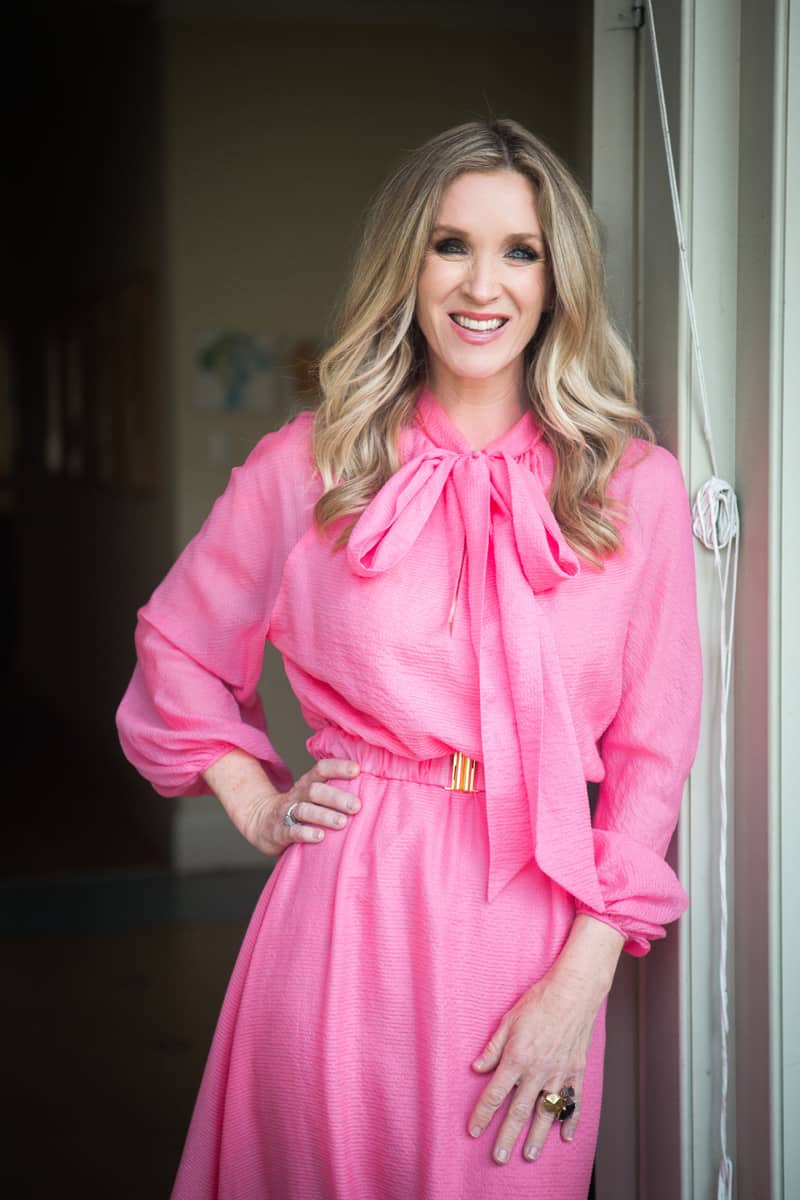 Know that you are enough

One of the things that held me back from taking on single motherhood sooner was the fear that I wasn’t enough. Not that I wouldn’t be good enough, but that I wouldn’t be enough – loving enough, calm enough, present enough – to be able to single-handedly compensate for the life I was unable to give my boys.

I may have had doubts at the start, but I have proven to myself, through getting in there and doing it, that I am well and truly more than enough for my boys.

Read this too: 21 TED Talks for parents that will help you realise you’re enough

Our children want and need nothing more than our presence, to stop what we’re doing and be here, now. That can seem especially hard as a single parent when there’s so much on your plate. But many single mothers say they find it easier to be present with their kids with no other adult to sap their energy or divide their attention. Our kids get all of us.

Louisa is conscious of being fully focused on her kids when they’re not with their other mother. “I try to give them as much support, love and affection as I can and be really present. To stop and observe and tune in to them, really hear their voices and what they’re concerned about, rather than jump the gun and assume. I’m working on that.”

When your child forgets to take something to school (iPad, lunch), you have a choice: you can leave it (they’ll be right!) or you can move mountains to make sure they get that thing. In ‘normal’ circumstances, the advice is to do nothing – our kids must learn to fend for themselves. But, as a single parent, different rules apply. The inclination is to race back home and get that thing, overcompensating, as we so often do, in an attempt to mitigate any deficiency our life choices have afforded our kids.

When Annabel’s daughter accidentally smashed her phone on school camp, Annabel drove a three-hour round trip to deliver a replacement, without hesitation. “People say we should teach our kids resilience, but my kids have been through enough resilience building in their lives already,” she said. “If it’s possible for me to make things easier for them then I will. So long as I don’t overdo it.”

Eat dinner at the table

It’s conventional parenting wisdom that eating meals together as a family (whatever the configuration) is hugely beneficial for kids, a chance to bond at the end of each day, to talk and be heard, to sink into the same rhythm.

But it’s particularly pertinent for single-parent families, with dinner around the table acting as a touchpoint for kids who know they can rely on at least this one consistency in an often unconventional family routine.

Try this idea: Family conversation dinners can help you connect

Bronte has a cavoodle called Milo, guinea pigs and a rabbit. She said she acquired this menagerie for her three boys, partly to give them comfort during the huge changes in their young lives.

“Having pets teaches them responsibility like feeding, cleaning out bowls and guinea pig hutches,” she said. “The love you have for your pet is a different kind of love because they’re your responsibility. I tell my boys if they don’t want to tell me about their problems, put your arms around the dog and tell him. I’ll often catch them giving the dog a hug and whispering to him.” 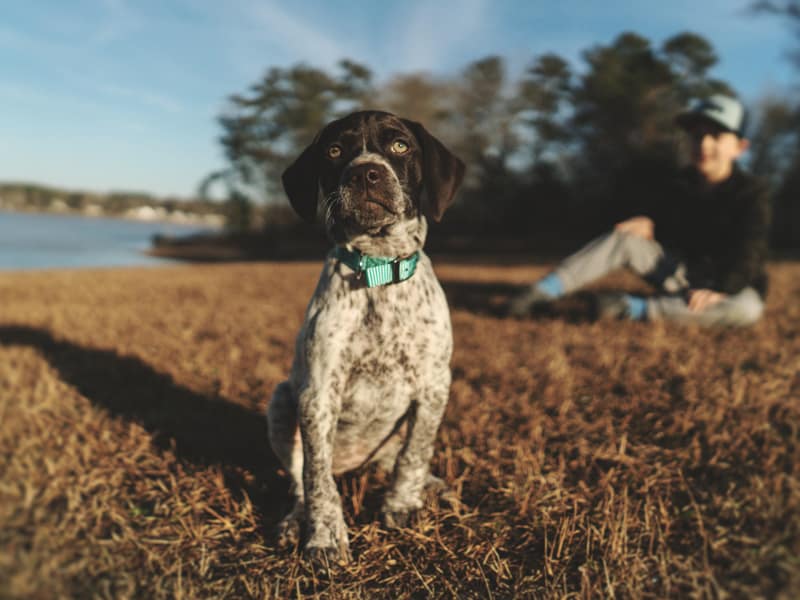 “Get your kids into sport. It’s a must,” said Skylar. “It builds community, teamwork, mental health. And it’s really doable.”

I’m not sporty. I played netball for one season at high school because the teachers made me. Yet as a mother, I’m all for sport. I got my boys up to the oval by 8 am every Saturday for Milo Cricket – me and all the dads – tough going after a night shift at work.

My ulterior motive with the sport drive is that I want my kids to learn the value of commitment and teamwork, being an integral part of something, turning up on time even when they don’t feel like it. These are vital life skills at the best of times but, as a single mother, I was especially conscious of them having a consistent place to be, of being part of a team where they not only belong, but are needed.

“It’s unbelievable how much you do when you’re a single parent and you don’t have that second person,” said Sally. “My kids often say to me, ‘I’m not your staff.’ My son even said to me, ‘I’m not your husband, Mum.’ I have to let them be kids. And I have to watch the gender stereotype thing. They accuse me of being sexist because I’ll ask my son to take out the garbage, and my daughter to cook. But I say, ‘But hang on, I do all of it.’”

Early on, I learned that I needed to lighten up. One morning when I was trying to get the boys out the door to school, I found them in a ‘bus’ fashioned out of all the cushions on the couch and most of the contents of the kitchen drawers. I started rousing on them to put it all back immediately. All I saw was the disarray. I didn’t see the bus.

I mentioned the incident to the boys’ child psychologist. “What should I do in that moment?” I asked, seeking guidance.

“Get in the bus with them,” she said. 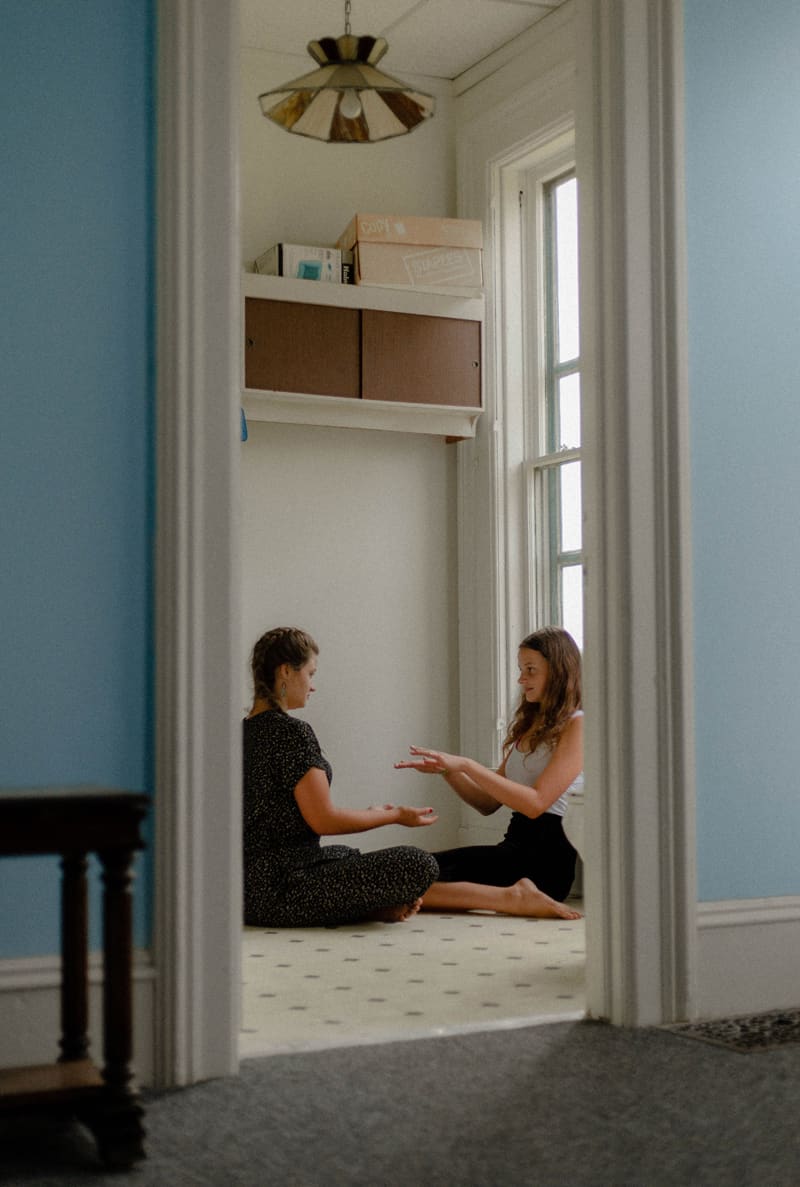 “I have moments where I could have handled things better, and I’m honest with my son when that happens,” said Shakti. “Days where I go, ‘I’m doing my best and my best isn’t wonderful but that’s as good as it gets right now.’

Another perspective: “Dear kids, it breaks my heart that some days I’m the worst part of your day”

Never is this more called for than when our kids spend time with their other parent (if they have one) during holidays. No matter how in favour of it we may be, it never feels quite right. But as hard as it may be, we have to remember to put them first.

I write my kids notes when they go away with their dad, wishing them a wonderful time. I’m giving them ‘permission’ to enjoy themselves, to never have to bear the weight of guilt that in their joy and connection with one parent, the other one might be missing out.

Don’t diss the other parent

“I can lie straight in bed knowing that I’ve acted with integrity from the day my son’s father walked out the door until every day in the future,” said Lauren. “I would never denigrate him in front of his child. My son thinks his dad is golden, which is the way it should be. He has his own relationship with his dad, because he’s his dad’s family. Me and his dad are not a family anymore.”

“A counsellor told me that no matter what they do, don’t denigrate their dad in front of the child because they believe, ‘I’m half my dad so if you say anything bad about Dad, you’re saying it about me’,” said Inez. “Of course, little things come up, but you have to let it go and focus on the good. I might have chosen bad husbands, but they’re great dads. I take myself out of the equation.”

More wisdom here: How to still be a family after separation or divorce

“I’ve become very good at being the bigger person, because life’s too short,” said Inez. “You want to fight for what’s right but not to the detriment of the child because you still have to have a relationship with the other parent, whether you like it or not. That’s co-parenting.” 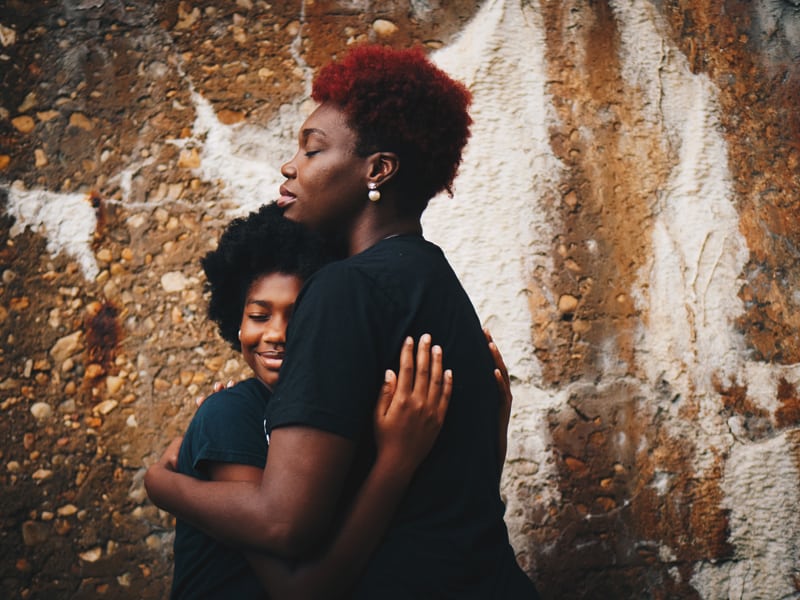 Single parents with older kids often find the way they’re turning out is ‘proof ’ that they’ve done a good job, that it’s all been worth it. It’s vindication of sorts.

“I get a lot of compliments on my kids,” said Sally. “It means so much. They’re polite, they’re empathetic. They’re good kids. I so take credit for that,” she laughed.

Sally believes that our kids notice what we do for them, even though they may not say it at the time. “One of the proudest moments of my life was when my son was going on a rugby tour. I suggested that his dad could go with him and he said, ‘No, Mum. You come to all of my games. If anyone’s coming, it’s you.’ I was given an award for being the only parent that had been at every game. He was very aware of that.”

This is what I hope for my children – that they’ll care enough to have a stake in the lives of others from a place of curiosity and care. That they’ll be kind and wise, capable and independent, ever evolving and expanding to their deepest potential. Not in spite of being raised by a single mother but, in part, because of it.

Text from The Single Mother’s Social Club by Jacinta Tynan. Murdoch Books RRP $32.99. For a limited time you can pick up a copy for 20% off at Booktopia.