Why are there so few books both girls and boys like out there? We seem determined to channel our kids into what they will like based entirely on their gender. “Boy books” are adventurous, humorous and sometimes dark. “Girl books” are about kindness, friendship and use a fair amount of pastel colours on covers. Personally, I think books both girls and boys like equally always turn out to be the best books.

Which is very fortunate because when you have kids of both genders, it makes a whole lot of sense to choose books both genders will like. My son reads a lot of his sisters’ books and vice versa. I asked them which books they particularly liked and what they thought made the kind of books girls and boys like about the same. They said (and I’m paraphrasing here!):

1. Books that have strong characters of both genders – there might be a main character of one gender, but the other is equally represented and likeable.

2. Characters are not stereotyped by their gender – should go without saying!

3. Emotions don’t exclusively belong to the girls in the book – and boys don’t always take charge.

4. The characters of the opposite gender are people you would want to be friends with – they are admirable, inspiring and accessible.

5. The books have a strong plot line, so it’s not just about the characters

Is it any wonder why we think that appealing books for both boys and girls are so awesome?

Here are our favourites (so far).

Disclosure: Mumlyfe is a Booktopia affiliate which means that if you click through from this page and buy a book, we receive a small commission at no cost to you. Read more about Mumlyfe and affiliate links here. 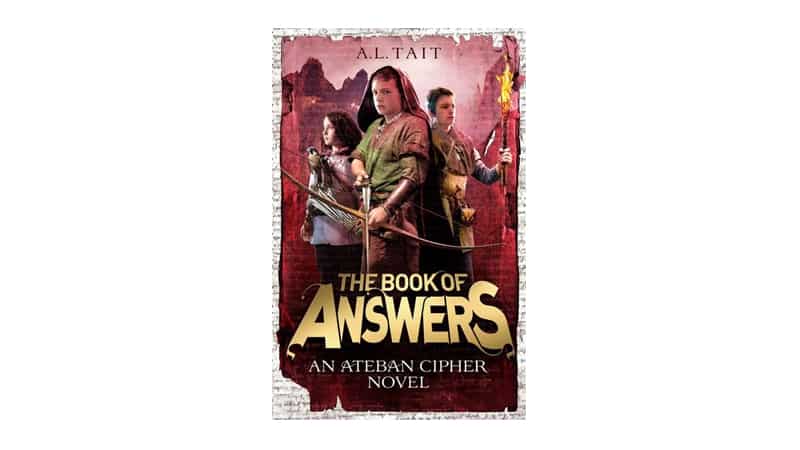 The second book in the Ateban Cipher (book 1 – The Book of Secrets– was brilliant too). A rollicking good yarn about secret codes, hidden forest hideouts and kids who fend for themselves. These kids use brains and grit to outsmart unsavoury adults and put the world to rights. Kids of both genders will itching to be in this band of interesting friendships.

2. The Saturdays (The Melendy Quartet) – by Elizabeth Enright 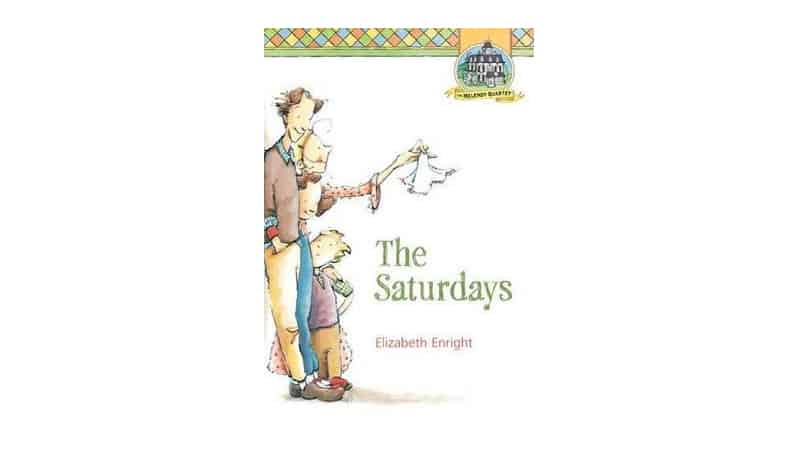 These books about the Melendy family were written during WWII and provide an historical context and lesson that should be experienced by all kids. There are four books in the series – The Saturdays, which is set in New York City, is the first. The adventurous, funny Melendy siblings feel very real and will be interesting to both boys and girls. Mona, 13, actress-to-be, engineer Rush is 12, artist and dancer Miranda is 10, and Oliver is already a train engineer at six. 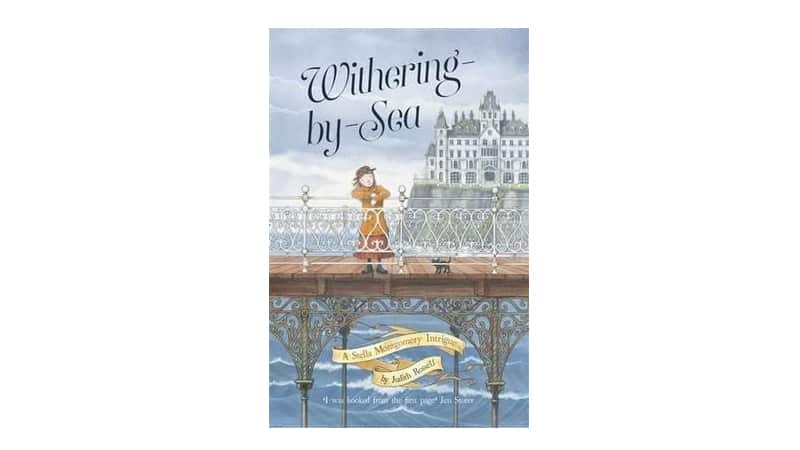 An atmospheric, mysterious book series featuring the loveable 11-year-old orphaned Stella Montgomery. It’s a hard life for Stella who is forced to live with her three horrible aunties at the Victorian sanatorium Hotel Majestic. Then she witnesses a dreadful crime and finds the caretaker and defender of a magical, possibly dangerous, bottle. This great read is part-fantasy, part-mystery, part-mild-horror and part-self-discovery. Stella’s journey towards self-realisation is an adventurous, almost-scary one that will appeal to boys and girls alike. This is part one of a series, book 2 is Wormwood Mire.

4. The Lion, the Witch and the Wardrobe – by CS Lewis 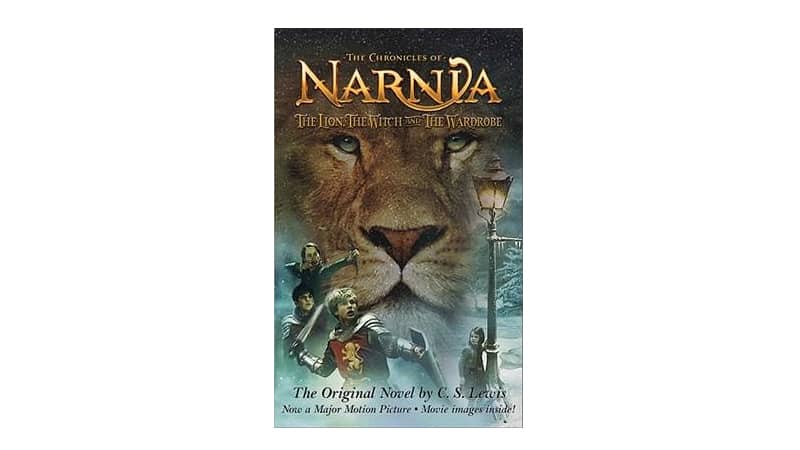 This classic book, the first in Chronicles of Narnia series, hardly needs an introduction. Children have loved these Christian-allegory books for generations. There is a very strong ‘good versus evil’ plot that doesn’t pull any punches. Watch out also for the violence for younger readers and all readers will be shocked during the series by the (SPOILER ALERT) death of a much-loved character. 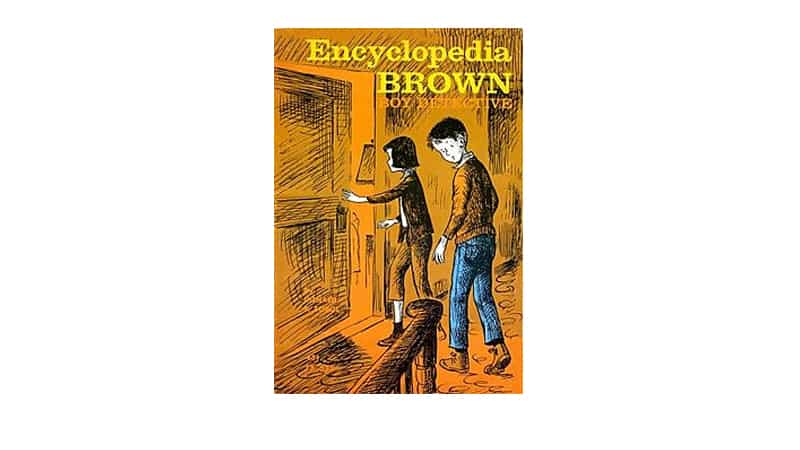 I loved these detective books as a kid. While you always know that Encyclopedia’s (aka Leroy Brown’s) mind-blowing cleverness will win in the day, there’s often a twist in the tale and not everything always goes to plan. Encyclopedia might get the headlines, but he’d be nothing without his best friend and fellow sleuth, Sally Kimble. Together they make a funny and charming duo who kids will relate to as much as I did. I’ve used the 1963 original cover to show you how important Sally’s role is in the novels. Compare it to the current cover. Eyeroll. There are 29 novels in this series. 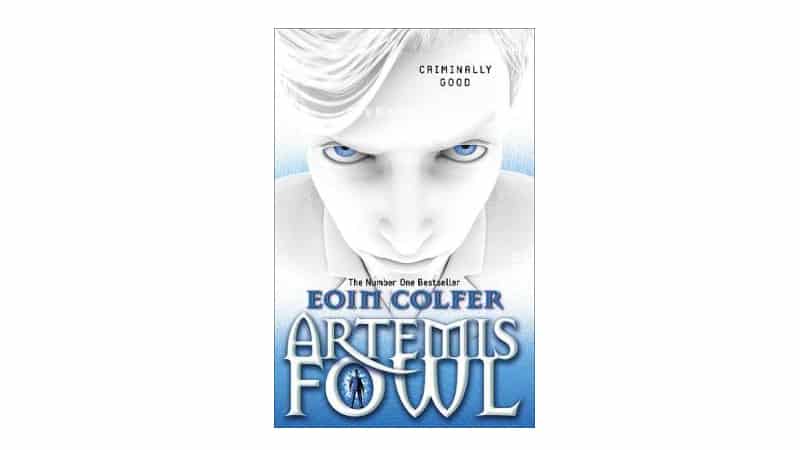 This series is worth a shout out for the simple premise that our 12-year-old hero is also the villain in the series. Artemis is a multimillionaire criminal mastermind whose father is feared dead and mother is confined to her room with an unspecified mental illness. If that all sounds way too dark, know that Artemis is actually a pretty loveable antihero. He’s also nicely balanced by funny, clever Captain Holly Short, who is on the case to stop Artemis stealing the fairy gold. You’ll enjoy this series – my kids haven’t actually read it yet because the cover looks too scary, but I have. The first book in an ongoing series. 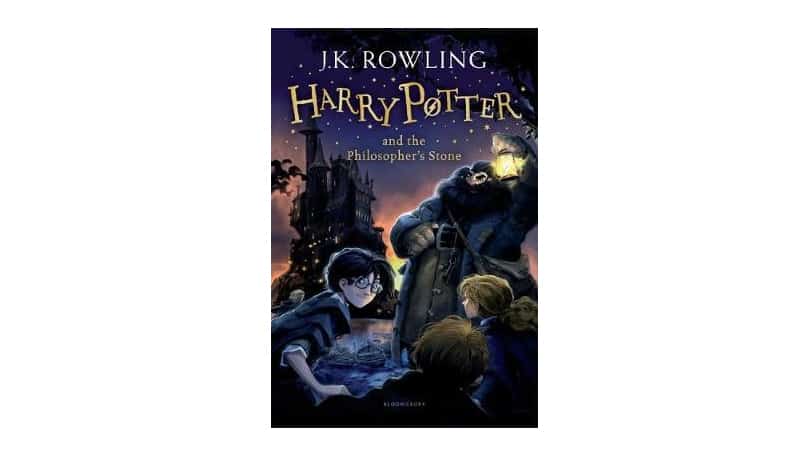 Do I need to say anything? Is there anything to say that hasn’t been said? Boys and girls alike LOVE this series for good reason.

8. The Mapmaker Chronicles: Race to the End of the World – by AL Tait 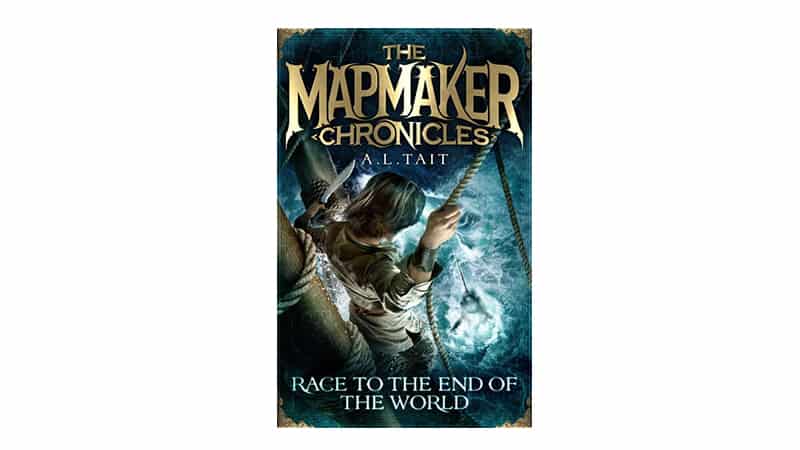 Quiet, studious Quinn is 14 and his photographic memory has landed him the job of mapmaker on a king’s expedition to map the world. It’s a job he doesn’t want at all. Kids of both genders will love the warm, loveable characters; Ash, a girl stowaway who is determined to seek adventure, will be a standout for the girls. There’s also the ongoing adventure as they venture into the mysterious unknown and the intrigue of trying to figure out whether the history and geography is real or simply an invention of a talented storyteller. The first book in an ongoing series.

More books to check out: Books to spark creativity in kids

9. The Hunger Games – by Suzanne Collins 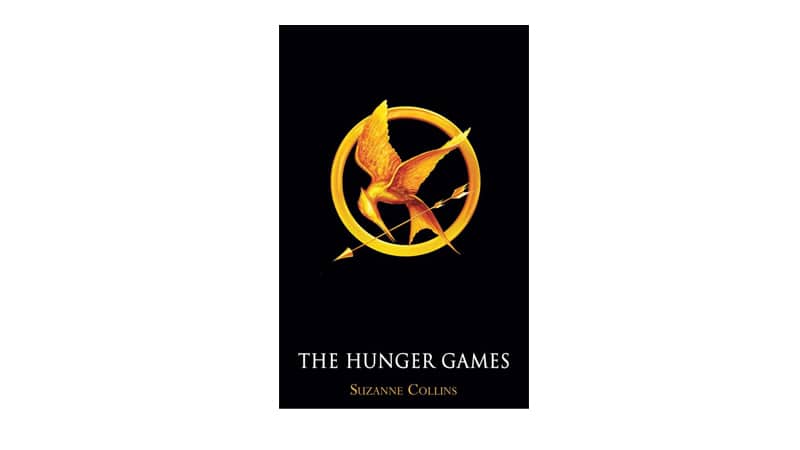 When Jennifer Lawrence plays the title character in the movie, you know a story has a strong female lead. Rebel Katniss Everdeen fights her way through a dystopian future where every year the government randomly-selects teens to fight to the death on a TV show. With a huge amount of violence, gore and suspense, these books have been flat-out bestsellers. Definitely for both boys and girls, but not the younger ones. A three-book series. 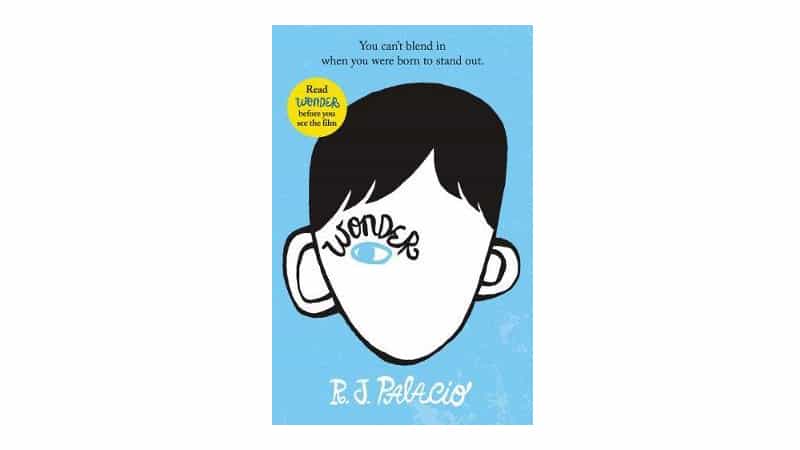 The book that the recent blockbuster Wonder was based on. It’s about acceptance, kindness and overcoming adversity. Auggie has been dealt a rough hand in the form of Treacher Collins Syndrome. He has to start mainstream school for the first time in Year 5 and for a kid with facial differences, that’s daunting to say the least. The book is told from the perspective of three characters, Auggie, his sister and Auggie’s friend. The different POVs highlight the universal nature of its themes, but the heart of the tale belongs to the magnificent Auggie alone. 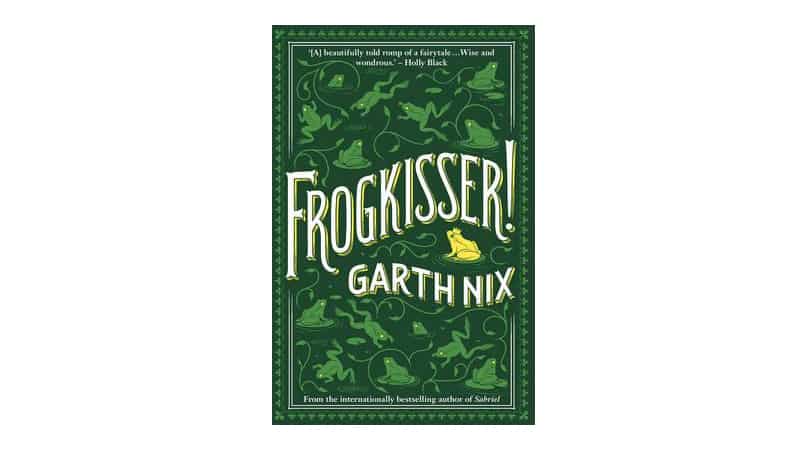 This is an hilarious, inventive fairy tale for older kids. This book defies pigeon holing, but I think it’s mostly a fantasy novel for clever kids. The female lead character, Princess Anya, is spared the usual fairy tale romance plot, which is a huge win for girls (and boys). Instead she is thrust into a full-on adventure quest to save the kingdom and get even with her evil step-father. Frogkisser! is long-listed for the 2018 ABIA book of the year for older children. 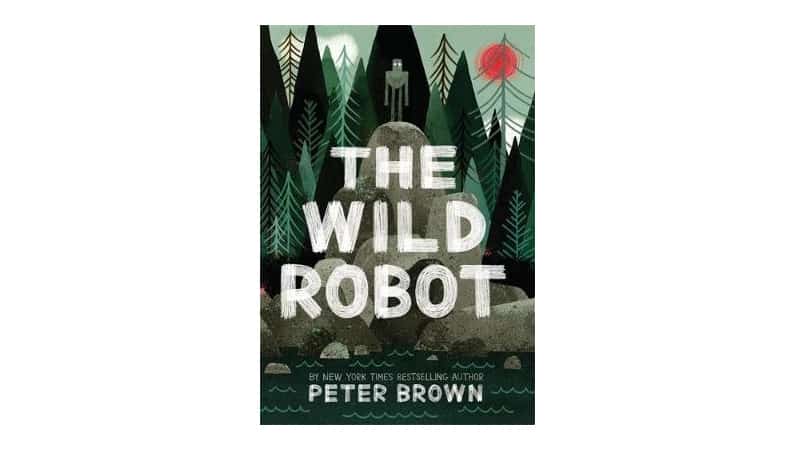 Robot Roz is stranded alone on a remote, wild island. She doesn’t know how or when or why, but she does know that she has to survive. To do that, she has to adapt to the wilderness she finds herself in. Despite Roz having a girl name and pronoun, this lovely little tale about what happens when nature and technology meet is virtually genderless.  The sequel The Wild Robot Escapes is recently out too. 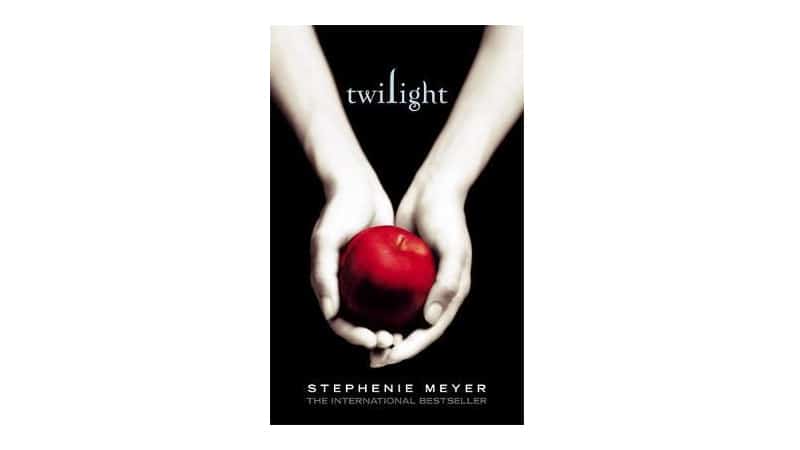 The movies made the Twilight Series to be all about the romance, but the books are actually more a cool blend of mystery, adventure and suspense. And romance, yep, there’s romance but it’s the kind that won’t be vom-worthy to most boys. They might actually like it a lot. There are four books in this series. 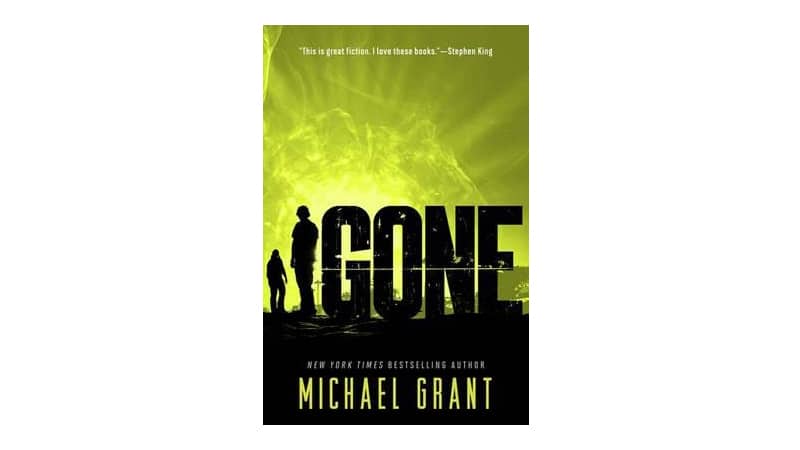 Every single adult suddenly disappears, leaving the kids – high school, primary school, toddlers, babies – to fend for themselves in a dystopian world without technology and full of mutating animals and bullies. Woah, it’s a rough ride this one, but thrilling and addictive for kids of either gender. There are seven books (and counting) in this series. 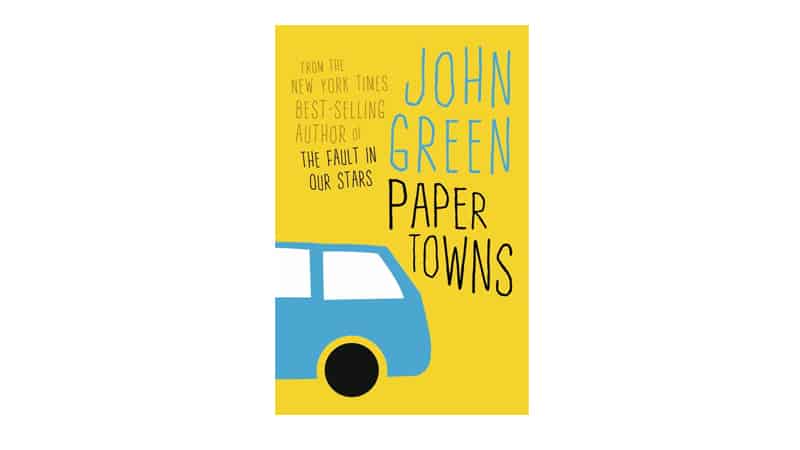 A book about a boy that explores themes about girls – nice one. Nerdy Quentin, Q, is 18 and still in love with uber-cool Margo Roth Spiegalman (perhaps for her name alone?). They were friends as kids but haven’t been in touch for a long, long time. Then Margo shows up and persuades Q to rampage a night away with her. Then she promptly disappears. With the help of is slightly-crazy friends, Radar‚ Ben and Lacey, Q follows the clues Margo left behind to race to find her. This sometimes-funny, always-careful book explores important themes about identity, friendship and longing in a mature way. I’d recommend any book by John Green, actually. 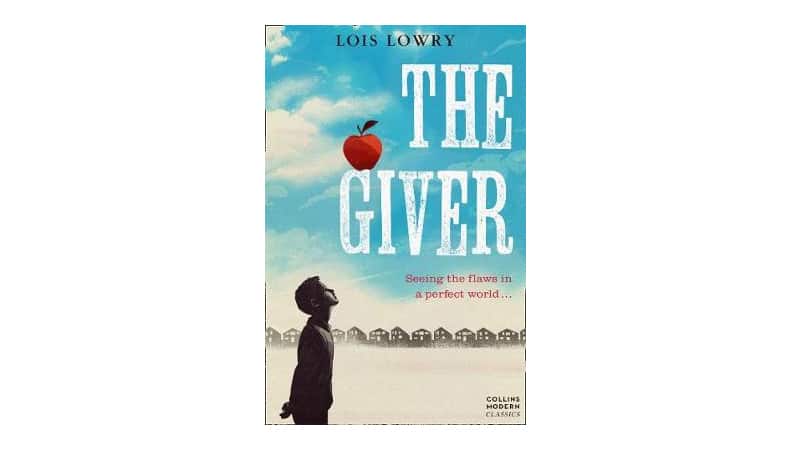 Jonas lives in a utopian future where all pain, fear, prejudice, competition, war and hatred have been eliminated. Jonas has long known that he is somehow different, but it isn’t until he is given the gift of memory that he starts to realise how bland and boring life actually is when everything is ‘perfect’. Part sci-fi, part mystery, this is the first book in a series that explores the significance of memory to the way we see the world. For mature readers of both sexes.

The Endsister by Penni Russon (9-14 years)

Turtles All the Way Down by John Green (16+ years)

Did I miss your fave? Please let us know in the comments!

16 awesome book series for reluctant readers of all ages | Mumlyfe