Years ago, when the children were small and there were only two of them, we would talk about our best and worst parts of the day at dinnertime. Gathered around our timber dining table, a candle burning, night falling, we started a tradition that has since become a daily ritual. We would ask the kids: what was your favourite part of the day? And then, what was your least favourite part of the day? Or, as someone would often pipe up: ‘What did you love and hate about today? Your turn first!’

An extract from Practising Simplicity by Jodi Wilson

What we continually found was that the things that irked us seemed inconsequential when we sat them next to our blessings. And, by taking the time to remember and recall them, we were able to savour them for longer and share them with each other. Problems halved, joys doubled, et cetera.

I made a point of continuing this tradition because as simple as it was, it had the power to shift my perspective, which was so often caught up in the work and exhaustion of raising small children. By dinnertime, I was usually counting down to the moment when silence descended on the house. And while I don’t necessarily consider that a bad thing (early motherhood is relentlessly demanding, after all), I realised that dinnertime and conversation offered an opportunity for pause and reflection. We came together, to ground ourselves with a homemade meal and share our gratitude. Without it, I would have gone to bed clouded by small troubles. 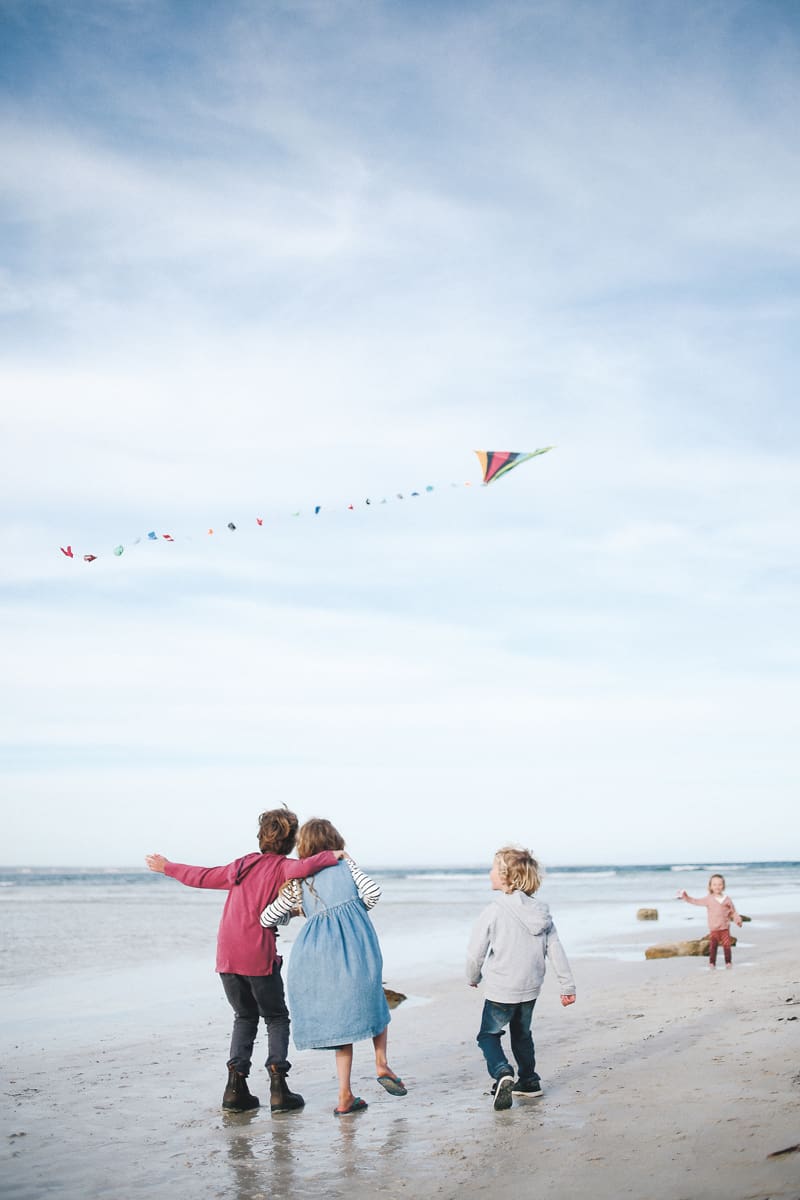 As our family grew, so too did our conversations. We continued this tradition as we travelled and what became obvious to me was, regardless of what we had seen and where we had been, the kids were grateful for the simplest moments and things: puddles, ice blocks, playing with new friends at the park.

Even today, if you ask them about their favourite experiences, the moments that were really unforgettable, they’ll recall—with a dazed, glad look upon their faces—the ginger beer they drank in Bundaberg, the gelato they shared with friends in Melbourne and the s’mores we toasted over a fire in outback South Australia, a black sky dotted with stars above us, a herd of inquisitive sheep nearby. Perhaps they are most buoyed by sugar or they simply believe, with all of their being, that food is an unforgettable pleasure worth savouring, dreaming about, reflecting on, pining for.

I have written about the simple joys for over a decade now, in part to remind myself of the beauty that exists in my life and also to stay grounded in the social-media industry, which is fuelled by unboxing and big reveals. It can often feel like a risk to write about the smaller stuff: the unfinished, the normal, the gritty patina of a messy life without filters and flash. But I believe we are enough as we are. Even in a state of flux we can still sit in gratitude for all that we have. Even though the world is out to tempt us with all that is shiny and new, I’m happy to stay in the simplicity of what I’ve already got. We are all a work in progress and sitting in gratitude, for life just as it is, and knowing it’s enough, is my daily reminder.