I’ll be fair though – he’s got a lot working against him in the cool, calm and collected recipe. He’s a redhead for starters. We are all a bit nuts. He’s also learned how to really lose his cool from his mother, who is expert-level at it herself. Then he adds his own secret-sauce to bring the teen meltdown to stratospheric levels. It’s horrifying.

He’s a redhead for starters. We are all a bit nuts.

Lately, though, he’s become much, much better at keeping his cool. I’m not saying that he’s lost his teen meltdown trophy or anything of the sort. He still gives loads when he wants to. But, to his credit, he’s managing his temper so much better and I’m truly proud of him.

Read this one too: A quick guide to managing tantrums in older kids

It’s possible he’s simply ‘grown out of it’, but this is highly unlikely. He’s not yet 15 and truly in the midst of prime teen meltdown territory. It’s also possible that a recent increase in screen-time has improved his nature. Very possible. We could also be smack bang in the eye of the storm and the biggest and ugliest meltdowns are yet to come. Oh joy. Please no.

However, it can’t be denied that his behaviour has improved immeasurably over the past six months. When I complimented him on his level-headedness recently, he told me that there was something I said to him months ago that really struck a chord with him. 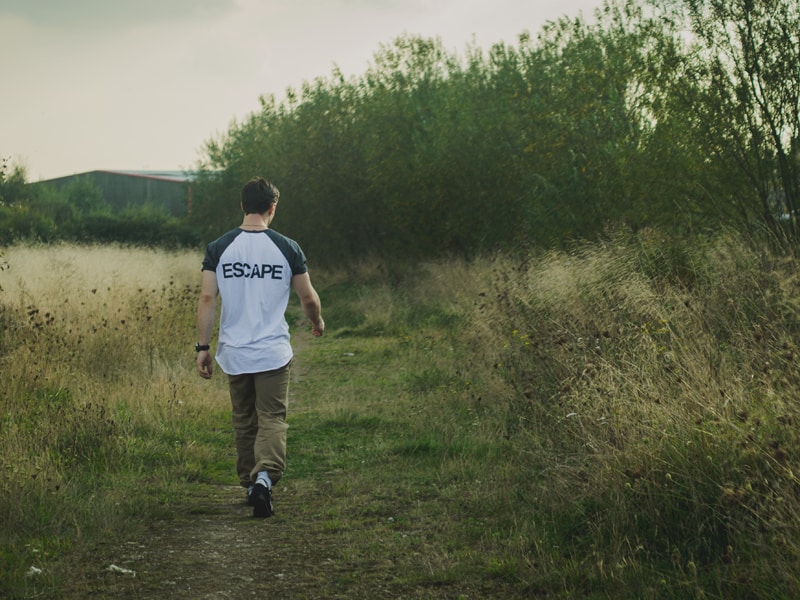 “Oh, really,” I said, thrilled that anything I ever said at all had been heard, let alone taken on board. What was it? What had made such a massive difference to his behaviour?

Turns out, whenever he feels the intense anger and frustration building that tips him over the edge, he remembers those words. Whenever he wants to tip a chair, storm out of the house, slam his fist down or lash out at the world, he remembers:

I am better than this behaviour.

And he tries to do better. He takes a big breath, thinks through how he’s about to react, and chooses a different path. It doesn’t work every time, but it works a lot of the time. Enough of the time that we’ve all noticed a huge change in his attitude. He’s learning to bring his temper under control by using this simple reminder that a teen tantrum does not suit his character.

Whenever he wants to tip a chair, storm out of the house, slam his fist down or lash out at the world, he remembers.

I wish I could really take credit for this amazing line that has changed my son’s attitude towards frustration and anger. Alas, it was just one of the things that popped out of my mouth along with all the other things I’ve said to try to console a kid who has lost it. I’ve said many, many things, but this is the thing that has stuck and worked. I think it’s because:

1. It’s a mantra that has become a balm to his teen meltdown feelings.

2. It disassociates him from his behaviour – the behaviour is one thing, his character another.

3. It says that he is already enough, it’s not something he has to work on. He just has to find his way back to who he really is.

4. It’s not a punishment, or a consequence for behaviour, it’s just a reminder.

So, there you go. A simple strategy that you might like to try on your own Master of the Teen Meltdown child. Worth a mention, don’t you think?

Both images by Shane Rounce 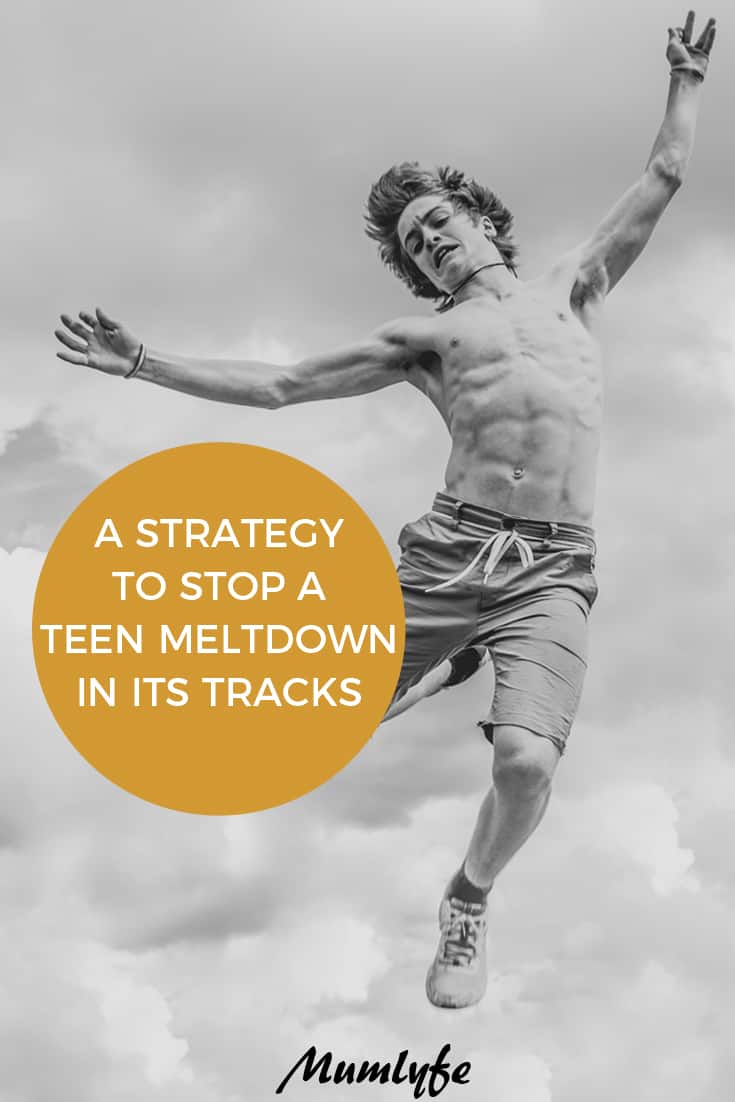 Oh wow, so impressed firstly that he listened to your wise advice, secondly that he is mastering his temper. Not easy, proud of him, well done

I have been using this one myself. Ah hem.