A storyline on UK TV soap Hollyoaks in late 2017 was praised as a “masterpiece of television” after focusing on the issue of self harm in young people.

The show, which worked with charities Samaritans and Mind on the episode, broadcast a special edition, which looked closely at the journey of the character Lily Drinkwell, and her friends Peri Lomax and Yasmine Maalik – as well as their parents and guardians – and explored themes of self harm and cutting among teenage girls.

It came at the same time as a report showed there had been a steep rise in incidents of self harm among teenage girls. The findings, based on data from GP practices across the UK, showed that self harm among girls aged 13 to 16 had risen by 68% in the past three years.

The study by researchers at the University of Manchester found that self harm was three times more common among girls than boys – and that those who self harm are at much greater risk of suicide. Self harmers are 50 times more likely to try to take their own lives.

The research also revealed that it is socially deprived areas where the greatest increase of self harm is seen. These children are also less likely to be referred to mental health services within a year of their first incident, compared with children living in more affluent areas. 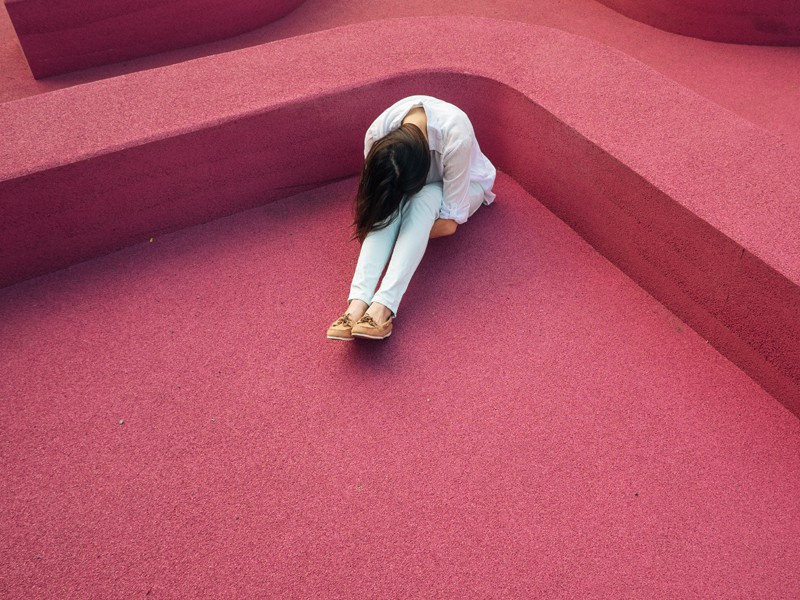 The UK now has the highest rates of self harm in Europe. And the NSPCC’s ChildLine Annual Review lists it as one of the top reasons why children contact the charity.

In Australia, the statistics are similar, with over 10 percent of 14-15-year-olds reporting that they had self harmed in the past 12 months (and 5 percent of children in this age group reporting they had attempted suicide).

A cry for help

Working directly with adolescences in therapeutic communities, I have seen self harm used by children time and time again as a form of communication – about their state of mind and inner world. They cannot always tell you, but they can show you their pain.

In this way, Armando Favazza, the US writer and psychiatrist has explained how self harm can usefully be thought of as “a morbid form of self-help”.

And research has shown that the main function of self harm is “affect regulation” – in others words, to manage chaotic and frightening feelings.

There is also a lot of evidence that suggests early traumatic memory from childhood is held in the right brain hemisphere, and cannot be accessed symbolically through language because of the immaturity of the infant brain.

The theory goes that memory of these traumatic experiences then tends to be become “somatised” or experienced within the body. So for children who have experienced abuse and mistreatment, self harm can be a method of externalising internal wounds by showing this on the surface of the body.

The fact that more of these harming behaviours are seen in teenage girls is of course concerning. But as the psychoanalytical psychotherapist, Fiona Gardener explains:

Self harm typically begins in adolescence, and is characterised by an adolescent state of mind.

Adolescence itself is transitional, a period of uncertainty, and its duration has lengthened in recent years – with some girls experiencing their first period as young as nine years-old. At the other end, adolescence may be extended with many teenagers staying longer at home because of poor job prospects and rising rental and housing prices.

This means that children remain dependent on parents for longer and are instead compelled to explore their independence in the virtual world – and this of course has consequences.

Children and parents now spend increased amounts of time online, which has led to a more disconnected style of parenting. And one of the other issues with more time spent online in chatrooms is that self-harming behaviours can be “normalised” by peers. Previous research has shown a “strong link” between using online forums and self harming teens.

Then there is also the highly pressured and image obsessed world many teenagers are growing up in – which is most acutely felt by girls. Children these days live in an age of selfies, online status, updates and instant communication – with sites such as Instagram and Snapchat emphasising appearance over content.

The proliferation of self-images on these sites breeds a deeply competitive and anxious culture among teens. And as any teenager can tell you, more images are posted by girls.

Bullying and pressure on social media is also an ever present threat. This is a threat that doesn’t just follow you home, but comes into your house with you, goes to bed with you and even on holiday with you – it is inescapable.

This comes at a time that child and adolescent mental health services are inadequately resourced. If children get access to help they are often placed into short term cognitive behavioural therapy (CBT). But this isn’t always the answer, because self harm tends to be more about emotional difficulties than cognitive processes – which is what this type of therapy focuses on.

Ultimately though, this rise in self harm needs to be seen for what it is, a cry for help, and a way of communicating the pain and upset these teenagers are feeling. And given the scale of the problem, these heartbreaking figures speak volumes about the experience of growing up as a girl today.

If you have been affected by any issues in this story, or you need support and information, you can call or text Kids’ Helpline on 1800 55 1800 24/7. It’s free to call, even from your mobile.

This article is republished from The Conversation under a Creative Commons license. Read the original article.

Feature image by by Joshua Rawson-Harris ; 2 by Verne Ho; 3 by Francisco Gonzalez

To raise well-adjusted kids, two words are all you need | Mumlyfe

[…] Depending on the conversation, make sure you both agree what is private and what isn’t upfront. For me, all conversations with my children are private unless they ask me to talk to someone else about it. We’ve agreed that the only time I would ever breach that privacy is if I thought a person (eg. a friend they mention) was at risk or in danger. […]