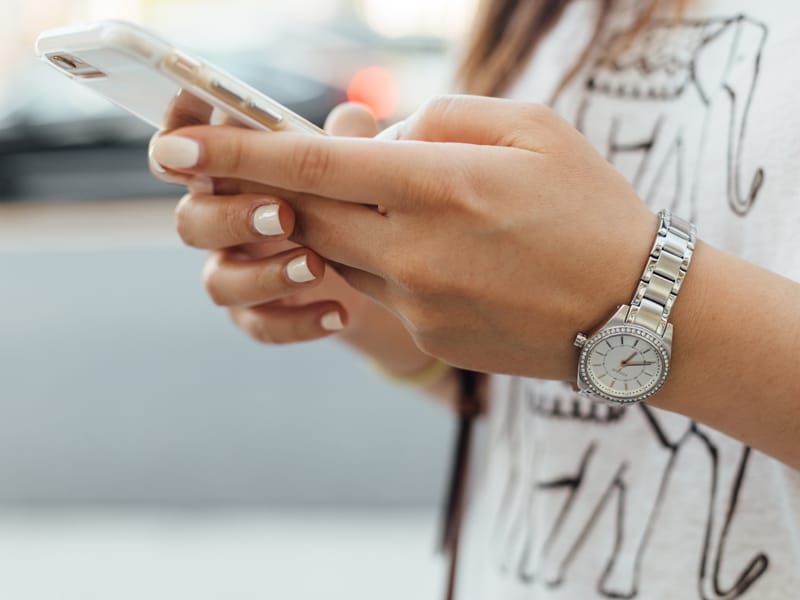 There are many aspects of life on social media that can make a teen feel down. A lot it isn’t systematic and ongoing, so it can’t be classified as ‘cyberbullying’. General ‘mean online behaviour’ is sadly rife across social media.

While most teens report that social media makes them feel better, not worse, time on Snapchat, Instagram and WhatsApp can leave them vulnerable. The comparison trap, FOMO, loneliness and second-guessing themselves are all side effects. Worse, it’s estimated that around 20 percent of teens have been a victim of cyberbullying.

According to the Australian government, bullying is “when people repeatedly and intentionally use words or actions against someone or a group of people to cause distress and risk to their wellbeing.” When that behaviour occurs online, it’s classified as cyberbullying.

While around one in five kids report being bullied online, incidences of mean online behaviour occur with far greater frequency. It’s hard to find a kid these days who hasn’t felt excluded, ghosted, or ridiculed online at some point. When we consider that “online” is forever, the impact of even a one-off incident can be brutal.

Here are the types of mean online behaviour that can happen to our teens, and some suggestions to help them cope with it.

It’s mortifying when fun pictures or selfies taken in a small group or sent to a single person are shared with a larger group online. The pictures might be embarrassing to share outside of the initial group. Sometimes it’s shared to shame your teen; sometimes a nasty caption is added to the photo; sometimes it’s even Photoshopped to change the context or intended meaning. Adding insult to injury, the person sending the photos might pressure your kid to “take a joke”, when the situation is anything but funny.

Immediately request that the photo is taken down by the person who shared it. Sadly, no matter how quickly you act, it will often be too late. Online, things spread as quickly as a bushfire in January.

You can reassure your teen that the images will be yesterday’s news before long. Encourage them to lay low until things die down. If you think it would be helpful, help them craft a post to put up on their social media. They can explain what happened and request that others be respectful, help them defend themselves and stop the sharing.

Encourage your teen to talk about online etiquette with their mates (they would rather die than call it ‘etiquette’, of course).

If the images were in any way explicit, or have been made to seem explicit, contact the police immediately. It is illegal to share compromising images of anyone under 18 years old.

Make it very clear to your teen that anything they share online, even if it’s with people they trust, can be shared with others. That includes sharing things with their family, best friend or boyfriend/girlfriend. Anyone. The internet is effectively the world’s billboard, so if they wouldn’t be comfortable seeing an image projected onto the side of the moon, don’t share.

This is actually a really common way for teens to manipulate friendships. Going dark, or the sudden termination of communication, is a power play like no other. Of course, sometimes it can simply be because a kid doesn’t know how to respond. Other times they would rather ghost than face an issue that has come up. Or they might simply have had to abandon their computer quickly. Either way, it makes the other person feel confused, isolated and sometimes very worried.

Keep communication open: A quick guide to connecting with tweens and teens

Firstly, it can be difficult to know whether someone is deliberately ghosting, or has simply been called away from the online conversation. Discuss a set response for your teen to have when they suspect their friend is ghosting them. It could be something like, “I can see you’ve been distracted from our conversation. Let’s pick it up again tomorrow when I see you.” If your child continues to be ignored by their friends, talk about the whys and encourage them to hang out with others for a while.

It’s a tricky one to meet head-on, as it’s so passive-aggressive. Encourage your teen to talk about online etiquette with their mates (they would rather die than call it ‘etiquette’, of course). They should to have a quick sign-off, so others in the group know when they have to unexpectedly leave a conversation. A simple ZZZ might do the trick. You can support this by giving your teen ample warning when you need them to come offline. You can also remind your teen about the importance of saying, “Let’s take this offline” if they find themselves getting caught up in a tricky conversation online.

The dickheads who enjoy tripping kids, stealing the ball, dropping bags into the toilet, and other meaningless, shitty behaviour, are online too. They are especially rife when online gaming, in games such as Fortnite. These morons gang up together to sledge other players or deliberately get them killed. It makes gaming frustrating at best, threatening at worst.

This might help too: How to set boundaries on Fortnite and other games

Report and block these players immediately. Bear in mind that this can be confronting when they are kids your kid actually knows. Encourage your kid to let the other person know that they are going to block them, then go ahead and do it. If necessary, get out of the game and go and do something else for a while.

How to prevent it

Not a lot that can be done here, but keep talking to your teen about how to handle themselves online in general. Don’t get into arguments; or don’t try to prove a point when it’s clear the other person isn’t buying it; and don’t hassle others, even in jest.

Some kids get a kick out of making up stuff about others and posting it online. Juicy gossip spreads online like the plague that it is. Every time it will be a “joke” and, adding to the initial insult, your teen will be accused of not being able to take a joke. Mean online behaviour is an ugly business, isn’t it?

Ignore this one and it will most likely go away, but a response on their own social media might suit some teens. If the fake news affects other kids, it will be worthwhile having your teen get in touch with the others to explain their side of things. If the rumour mill really goes into over-drive and becomes a peer-group thing, a quick call to the class Year Adviser for back-up will help a lot.

Work on having a reputation for such trust, honesty and integrity that others would never believe an ugly rumour.

How to prevent it

Work on having a reputation for such trust, honesty and integrity that others would never believe an ugly rumour. It’s any teen’s best defense.

We’ve all felt the brunt of this one: the picture of a group of people you love getting together and having fun without you. Whether on-purpose or accidentally, everyone gets left out sometimes. Hurts just the same, doesn’t it? And there is no denying that there is a real “look at us having way more fun than you” quality to a lot of the group pictures people post online.

Tell your teen to go ahead and like the picture and even leave a “wish I was there” comment. Add a “see you next time!” if feeling confident enough. Then have a little cry and remind them that next time it will be them in the group, and someone else crying about being left out. Be the person who does everything they can to prevent that from happening.

Being considerate of others when posting their own pictures is probably the fastest way to acknowledge how social media can make others feel. Adding a “we missed you” and tagging a friend you know who was accidentally (or even on purpose) left out can help a lot.

What steps do you take to help keep your teen safe from mean online behaviour?

Parents, from all of us, please, please stop giving in to your kids | Mumlyfe

[…] Read this one too: Mean online behaviour and what we can do about it […]