Creating sibling harmony is a preoccupation of many parents. Non-stop bickering children are the bane of our existence, and probably have been for years. More than a decade, in my case.

Sibling rivalry may be a fact of family life, but it doesn’t have to be constant. If your kids are bickering night and day and rarely making any attempt to get along, you’ve probably got a problem on your hands. I know I have one with my eldest and youngest. They have always riled each other up and it’s hard to get them to stop.

There are many factors at play for them, but I’d say the two main ones are their age difference (four years) and the fact that they are both very strong personality types. Neither is good at compromise, backing down or letting things go. Let’s just say, we are individually working on all of these things, as well as guiding them to a more harmonious relationship.

More on sibling rivalry: Why kids fight all the time

My relationship with my own siblings is so important to me that I’ll never give up trying to build a strong friendship between my kids. I’ve made that really clear to them: a sibling relationship can be one of the most meaningful, supportive and important we will ever have. It’s, ironically, worth fighting for that.

They are not little kids anymore, so getting along with others should be encouraged and expected. Here are the steps for greater sibling harmony that are making a real difference for us. 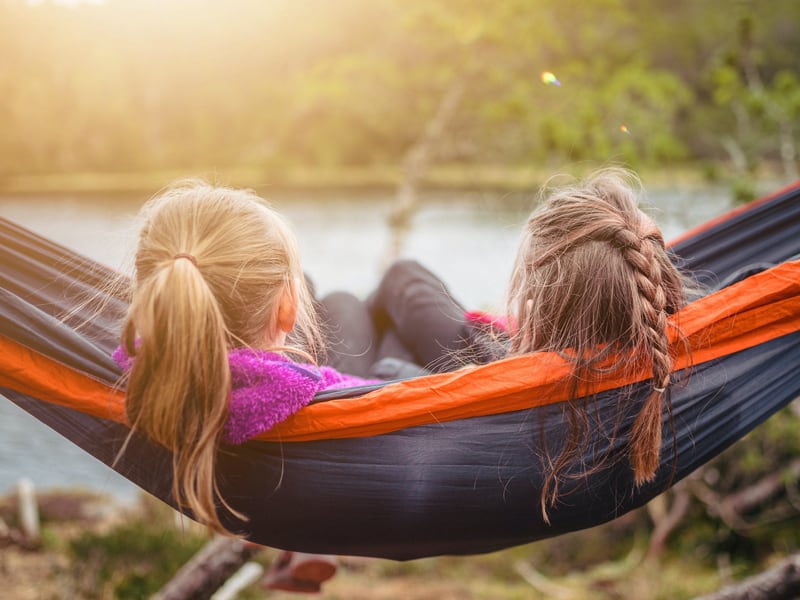 1. Stop tolerating the fights and bickering

We have well and truly moved past the ‘welcome home the baby ‘ stage. The rivalry and insecurity of the usurped toddler has surely moved onto something more approximating habit and the fact that they can get away with it. As mortifying as it may seem when your child is older than five, it’s still true that kids will do anything to ‘win’, if we let them. So, let’s not let them.

In so many ways, sibling rivalry becomes a habit.

It’s time to break the cycle. Lay down the law that the way siblings have been treating each other is simply not going to be tolerated anymore. It ends now.

Get together as a family and agree the rules around how everyone wants to be treated, and will therefore agree to live by. Write the rules down and get each member of the family to sign the document. There, we now have a binding contract that encourages communication and caring.

2. Always practise empathy: try to see things from the other person’s perspective. Why are they acting the way they are acting? What is motivating them?

3. Be helpful: What can you do to help them achieve the outcome they desire in a more harmonious way?

4. Listen: don’t talk over other people, let them have their say. Practise waiting until they have finished speaking, then take your turn. If you think the other person isn’t being fair about this, come and find a parent.

5. Mind your business: unless something directly affects you, let it go. If you are genuinely concerned about something your sibling is doing, mention it quietly to a parent, rather than confronting them over it.

6. Don’t try to control others: instead, be mindful of your own behaviour and the way it affects the family. Being critical of others is part of trying to control them. Let other people be who they are and express themselves the way they feel suits them best. Remember, you can’t control other people, you can only control the way you react to other people.

7. Let things go: ‘winning’ isn’t about retaliating when someone does something you don’t like. It’s fine to assert your position and stand up for yourself, but ‘winning’ is often knowing when to agree to disagree and walk away.

8. Channel Ghandi: be the change you want to see in the world. Be the sibling you wish you had.

9. Be future-focused: whatever happened in the past needs to stay there. Instead, focus on building a happy future.

3. Create a ritual for sibling harmony

Rules will always be broken, so it’s important to have a set reaction when they are. I am hesitating to say ‘consequences’ here, because building a good sibling relationship should sit outside the boundaries of other rules within the house. Instead, I think of it as a ‘reaction ritual’. So, when the kids aren’t treating each other according to the rules we agreed, I quietly ask them to stop whatever it is they are doing and go somewhere quiet to think about what’s going on. When they are ready, they can seek out the other person to talk things through (see ‘scaffold, don’t build’ below). If the other person isn’t ready, they need to wait until they are. If it’s going on too long, I’ll bring them together myself.

We are working on them being able to recognise when this ritual should happen, without me getting involved. 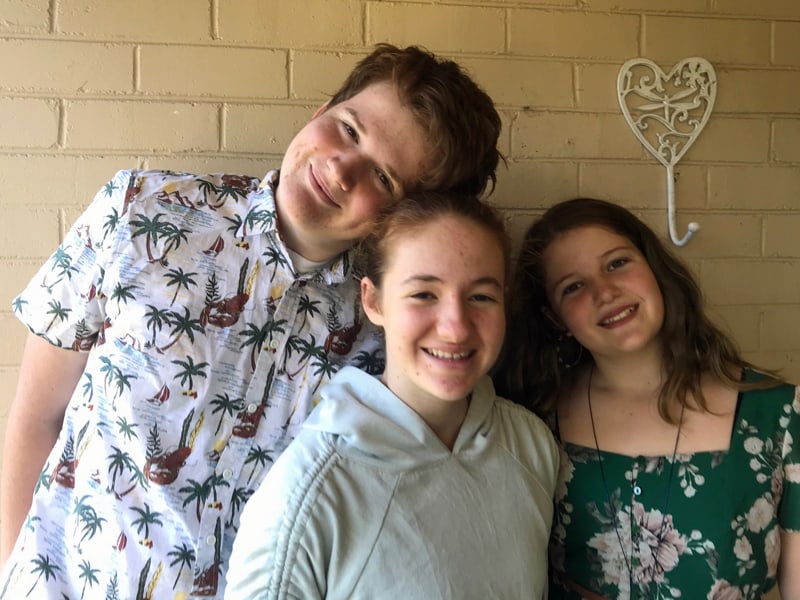 Kids probably don’t yet possess the skills they need to figure out complex relationships. They do need our help. What they definitely don’t need is their parent stepping in and making decisions, even though you didn’t even see it happen. That’s when parents leave themselves open to kids perceiving favoritism or comparisions.

Instead, let the kids know that they are going to resolve the issue between them, but you’ll be there to referee. As referee, get each child to state their issue with the other (“In a calm voice, tell Mary what she’s doing that annoys you so much”). Then, ask them to restate what the other has said (“Jimmy, why is Mary angry at you?”). Now, get them to go away and each write down three things they could have done differently. Come back together, share the lists and resolve to try those three things next time.

6. Work on their self-awareness

In order to get along well with others, we have to be aware of the affect our own behaviour has. Self-awareness is a learned skill that we can teach our kids, but it’s definitely not easy. Many adults have yet to master self-awareness, and most of us still have our blind spots.

Which is why, to model self-awareness about sibling harmony to our kids, we have to start with a good, hard look at ourselves and how we handle our own frustrations. I realised a while ago that my bad-temper was rubbing off on my son. It might be because he has inherited the same hot-temper as me, or it might be simply because I modelled getting angry when I was frustrated and exhausted. Either way, I had to check my own behaviour in order to teach him how to check his.

You can read about it here: The (hopeful) end of the angry mum

7. Work on the relationship

Eventually, they are constantly at war with each other and have grown to believe there is no way out. They either can’t see the likable side of their sibling anymore, of they’ve given up and no longer care about a good relationship. We need to help them break this cycle.

It’s not enough to guide our kids to fix things, we need to teach them how to proactively seek out sibling harmony. It helps to bring the warring parties together to do things together that they both like. My two have been doing well with this by playing chess. It’s a game they both enjoy that the rest of the family could take or leave. Playing regularly has given them something to do that allows them to chat and have some peaceful time together.

It’s also been helpful to get them to focus on each other’s positives. In the early days, I refused to take “she doesn’t have any” as a satisfactory answer. Eventually, the good points started to flow and both kids were able to recognise that they were cutting themselves off from the joyful side of their sibling.

8. Point out when they’re doing well

We spend a lot of time sighing that we’re sick of the bickering, so it pays to even that out by noticing when the kids are getting along. I never fail to say “I love watching you two play chesss”; I want them to be mindful of how much fun they are having together. Lately, I’ve been trying to encourage them to find other things to do together. A walk, a shared love of certain music, even doing a good job cleaning the kitchen together, that kind of thing.

Of course, they are still the same two characters, with years of bickering experience under their belts. The chess game disintegrates into a massive fight on the regular. While helping to heal them, chess has also given them something new to fight about. Sigh.

Sibling harmony has a long way to go. But at least they are making a start, and at last both of them are conscious that their relationship is worth fighting for.

How do you support sibling harmony at your place? 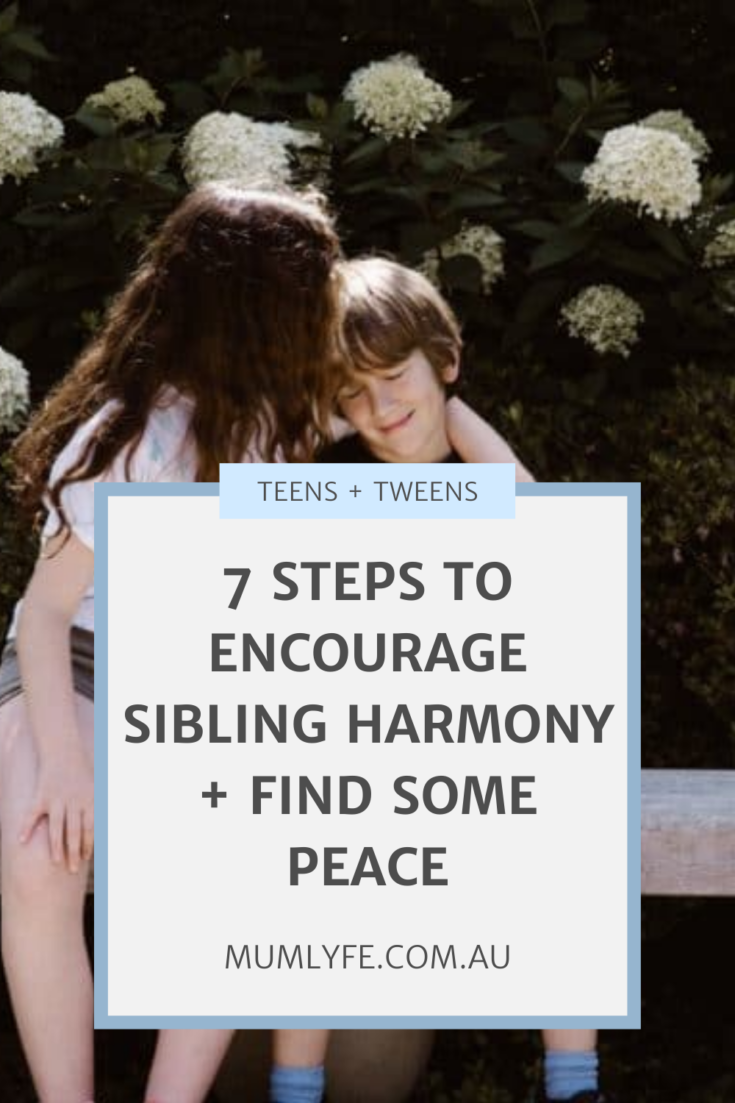